Recently, Alibaba has made many “big moves”. Yesterday, the world’s first new manufacturing plant was released, and today there is a new breakthrough in the cloud. At today’s Alibaba Cloud Home Conference, Alibaba Cloud President Zhang Jianfeng announced Alibaba Cloud’s first cloud computer, which is a supercomputer built on the cloud.

Zhang Jianfeng said that just by connecting the C-Key to a screen. You can enter the exclusive cloud computer desktop, access various applications and files. And perform office communication, design modeling, animation rendering, and other operations in the cloud at any time In the future, everyone can have a supercomputer on the cloud. 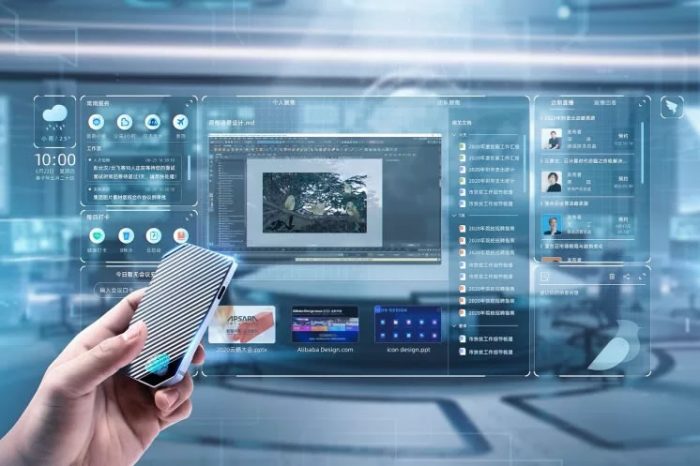 According to his introduction, the cloud computer supports unlimited expansion, and single application resources can be flexibly expanded to 104-core CPU and 1.5T memory, which can easily cope with high-performance computing requirements.

It supports on-demand configuration performance, the price is half of the traditional PC under the same performance. It also supports unlimited upgrades and does not need to be eliminated and replaced every 3 to 5 years.

All data is stored in the cloud and enjoys the same level of security protection capabilities as the Alibaba Cloud data center.