The model of this new machine is ELZ-AN20, equipped with a Snapdragon 888 Plus processor, built-in 12GB memory and 512GB storage. According to the information previously disclosed on Weibo, ELZ-AN20 is the upcoming Honor Magic 3. 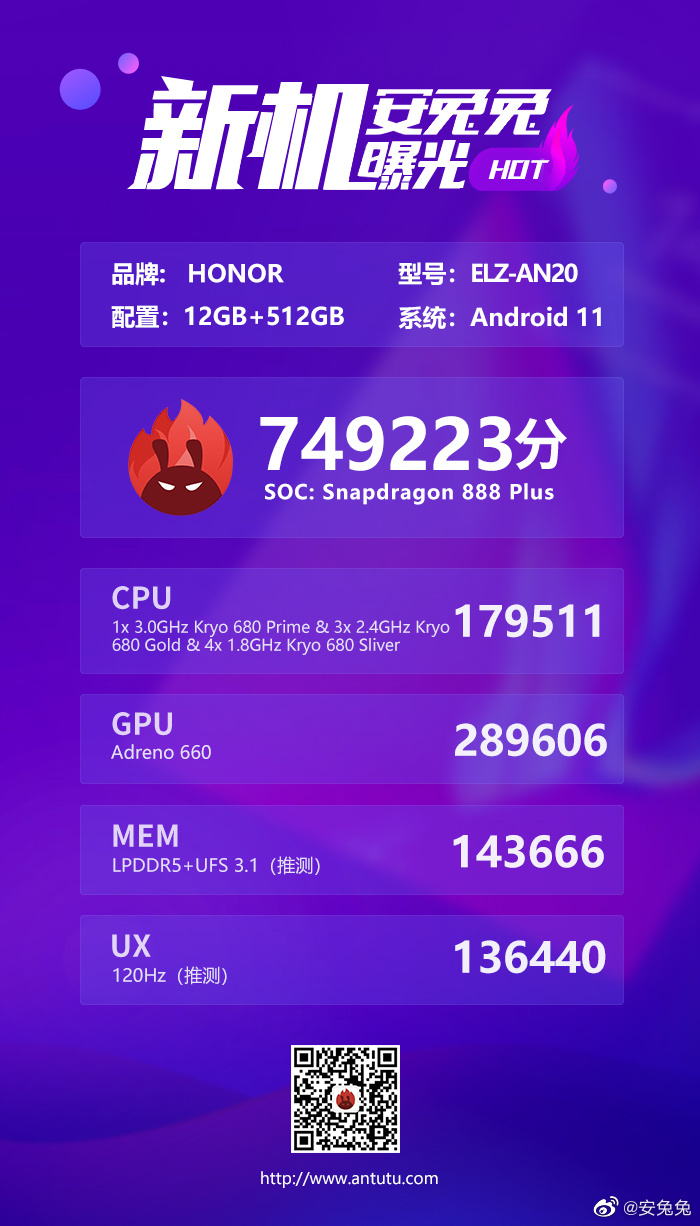 At present, its running score is not high, and there is even a certain gap compared to the Snapdragon 888 model. It is speculated that this should be an early engineering machine, and the system has not yet been optimized for performance.