Honor has announced that the Honor Magic 3 series phones will be released globally on August 12.

Today, Honor officially launched an advertisement on CCTV5 in China, announcing that Honor has become the smartphone and terminal provider of the TEAM CHINA. In an advertisement, the front appearance of Honor Magic 3 was revealed. 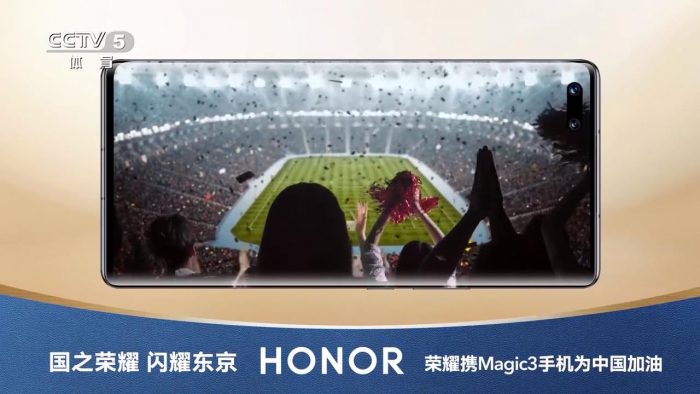 In addition, the spy photos of the engineering machine show that the processor of the phone is SM8350 (codename of Snapdragon 888). Combined with official information, the Honor Magic 3 should be equipped with the latest version of the Snapdragon 888 Plus processor.

It is understood that compared with Snapdragon 888, Snapdragon 888 Plus integrates Qualcomm Kryo 680 CPU, the super core frequency is up to 3.0GHz, and at the same time, the 6th generation Qualcomm AI engine has a computing power of up to 32 trillion operations per second ( 32 TOPS), AI performance is improved by more than 20%.

It is worth mentioning that some bloggers pointed out that the Honor Magic 3 Pro will adopt an under-screen camera solution and have a 1228P high-resolution screen. Thanks to this, the machine not only has a more beautiful full-screen design, but also has a better picture quality.