This year, mobile phones equipped with Qualcomm’s new flagship processor seem to be released much faster than before. In less than a month after the release of Snapdragon 8 Gen1, many products will be launched, including foldable mobile phones.

This morning, @Honor Mobile Official Weibo officially announced its first foldable mobile phone. The phone was named “Honor Magic V”. Although the official release time has not been announced, since it has been announced that the phone will be launched soon, it should be officially debuted in about half a month. 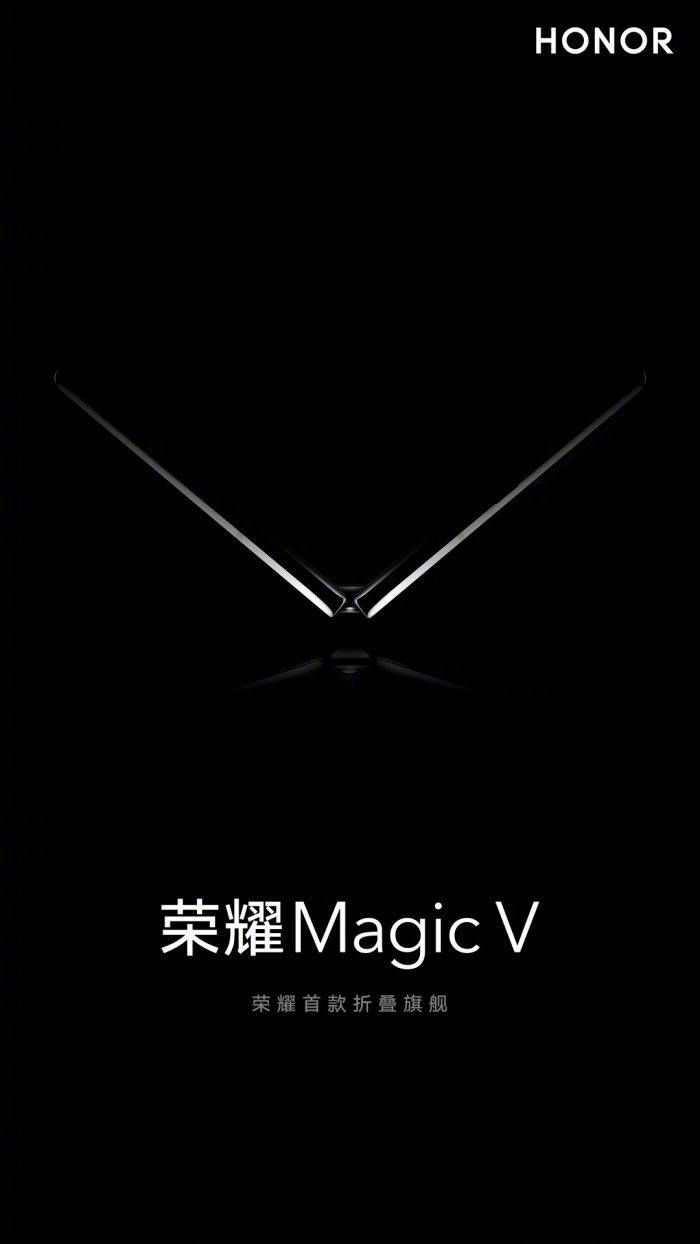 The official poster also showed some of the designs of Honor Magic V. It can be clearly seen that the machine will adopt a left-right folding scheme, which is basically the same as the previously exposed news.

In fact, a few months ago, the digital blogger @Digital Chat Station exposed some of the Magic V’s specifications. He revealed that the phone will adopt a dual-screen design. The internal screen is 8 inches, and the external secondary screen is 6.5 inches. , The screen supplier is BOE, and it also uses UTG ultra-thin flexible glass cover.

In terms of screen specifications, the Honor Magic V will adopt a design similar to Huawei Mate X series. It will use a left-to-right folding scheme, and will be equipped with a secondary screen on the back to achieve more convenient operation. It does not need to unfold the folding screen every time, and but also effectively increase the life of the screen.

In addition, it is worth noting that in the official poster, you can see that the border next to the Honor Magic V hinge adopts a right-angle design, which is very different from the previous foldable phone models.

This allows the Honor Magic V to be able to completely close the border after unfolding, just like it was originally a whole piece, and it will surpass some previous foldable phones in experience, which is worth looking forward to.