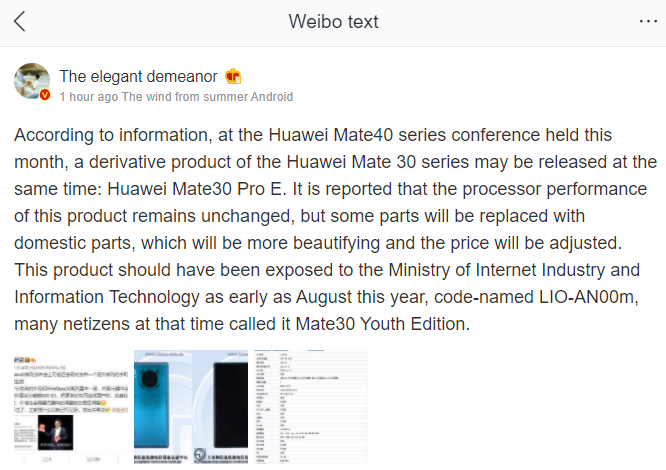 It is reported that (through a Weibo blogger) the Mate30 Pro E is a derivative product from the Mate30 series. Like the chipset performance, other things will remain unchanged, but some parts have been replaced with domestic ones, and the price will be adjusted. 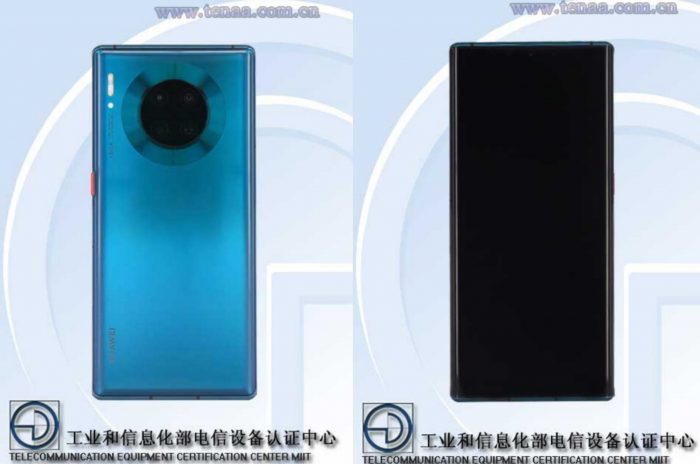 Also, the device has already been spotted on TENAA certification (in August 2020) with a code-named “LIO-AN00m”. Many netizens at that time called it Mate 30 Youth Edition. In the TENAA certification, all the specs were revealed, which are mentioned below:

This device is currently expected to launch alongside the Mate 40 series on 22nd October (8 PM Chinese Timing).