The upcoming flagship expected from Huawei is, no doubt, the Mate series. Like every year, the series is scheduled to launch in Fall 2020. Moreover, the leaks regarding this series have started to come. Recently, we got another leak regarding the upcoming Huawei’s flagship.

This time we got a leak regarding the display of the Mate40 series. Recently, the blogger @RODENT950 (on Weibo) has broken the news that both phones (maybe standard and pro version) of this series will be equipped with a waterfall screen. 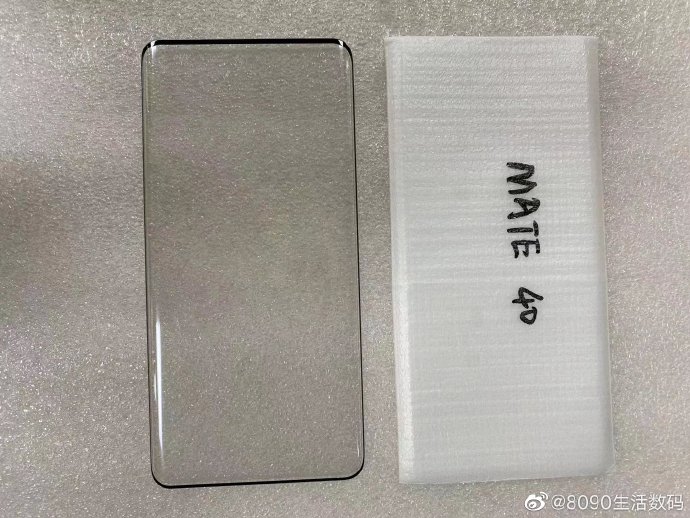 Moreover, another blogger @8090 life digital’s (on Weibo) has leaked the photo of standard Mate40’s screen protector. It can be seen that the Mate40 screen protector seems to be the protection of a waterfall display. The bottom bezels are also much thin as compare to the predecessor. The previous model, “Huawei Mate30” series, uses the notched display with a curved edge.

The waterfall screen model was previously shown by Oppo, in which it was observed that the phone got almost no side bezels.

According to previous reports, Huawei Mate40 series may be equipped with a 66W fast charging. Moreover, a better camera setup is also expected with a 5x optical zoom and 55x digital zoom. It was also reported that the display might use a 1200p (Full-HD+) OLED technology with a 90Hz refresh rate. The expected chipset may be Huawei’s new “Kirin 1020” chipset.

Due to the current situation, the launch of the upcoming Huawei Mate40 series may be delayed.