Huawei officially announced that it will release the new MatePad Pro on June 2. The tablet will be equipped with the HarmonyOS and the new HUAWEI M-Pencil second-generation stylus.

It is reported that the new tablet is probably not called MatePad Pro 2, but MatePad Pro plus size suffix. Huawei’s official fan club has opened the sub-sections of MatePad Pro 12.6 and MatePad Pro 10.8, proving the name of the new machine on the side. 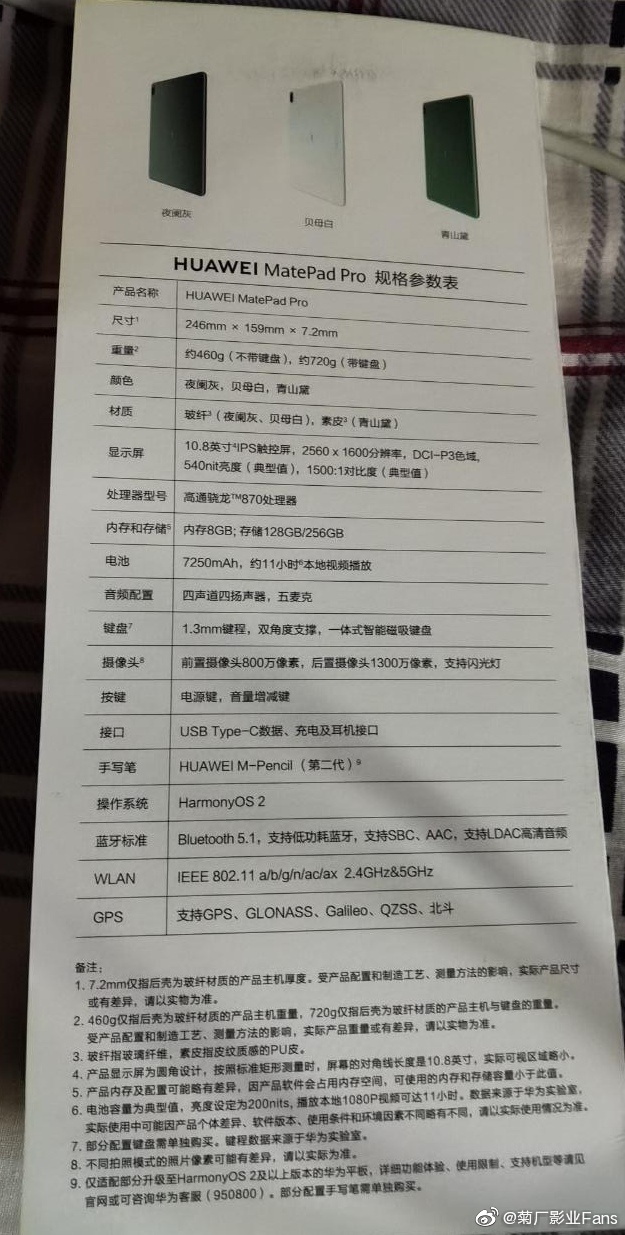 Huawei previously announced that it will hold the HarmonyOS and new product launch conference at 20:00 on June 2 and officially announce the HarmonyOS that can cover mobile terminals such as mobile phones. In addition to the new MatePad Pro, the conference will also release Huawei WATCH 3 series smart watches, new smart TV, AI speakers and other products.