The iPhone 13 series is officially on sale and delivered to users today. The well-known teardown blogger WekiHome is the first to release a teardown video of the iPhone 13 Pro.

In short, there is not much change inside the iPhone 13 pro, but there are still many adjustments to the components themselves, which is why its bangs have been reduced by 20% and battery life has increased by 2.5 hours.

The iPhone 13 Pro dismantled by WekiHome has a 120Hz screen supplied by Samsung, Samsung RAM, and Kioxia ROM. The baseband has been upgraded from last year’s Qualcomm X55 to X60 (the same model as the Snapdragon 888), and the battery capacity is 3095mAh (12 Pro is 2815mAh) ).

The first step is to remove the card tray and remove the two screws at the bottom. Heat the screen with a heating pad and carefully pry it open the screen (the cable is on the left side, be careful not to break it). 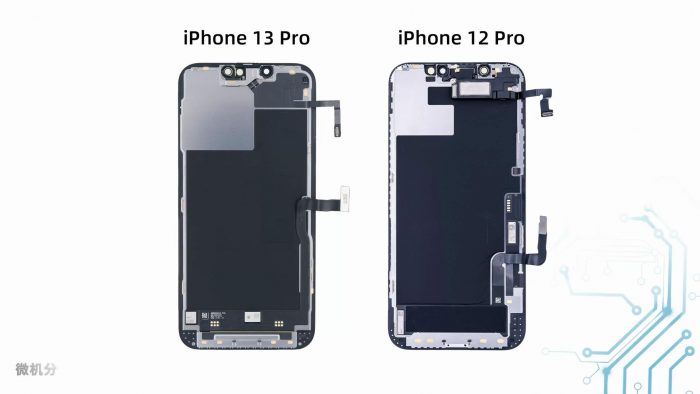 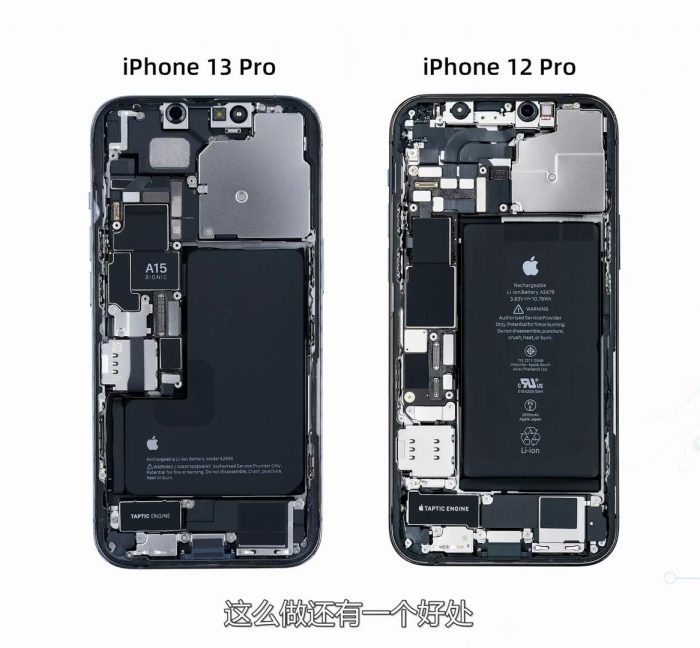 There are two obvious changes in the screen compared to the 12 Pro. One is that the earpiece is moved to the back cover, and the other is that the screen cable and touch cable are integrated into one cable. Some components of Face ID have been rearranged, and the light sensor components are omitted, and the width has been reduced by about 1/4.

Next, look at the main board. The 13 Pro uses an L-shaped battery to increase the capacity, and the main board is more concise and refined. In terms of lens, the main camera sensor uses displacement type anti-shake, and the other two are traditional lens anti-shake. 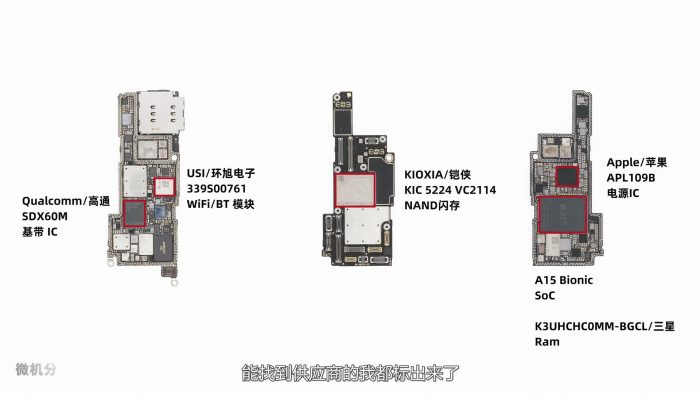 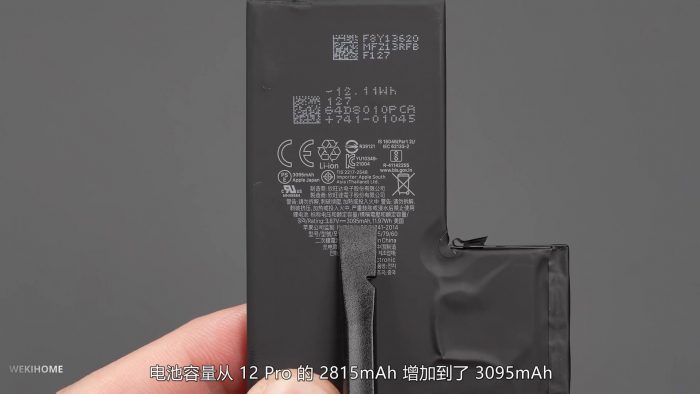 In other respects, the battery manufacturer is Sunwoda, and the Taptic Engine linear motor is slightly smaller than the 12 Pro. After the dismantling, it was found that it used 18 kinds of 73 screws, which is easier for the disassembler than the 29 kinds of screws of the 12 Pro. 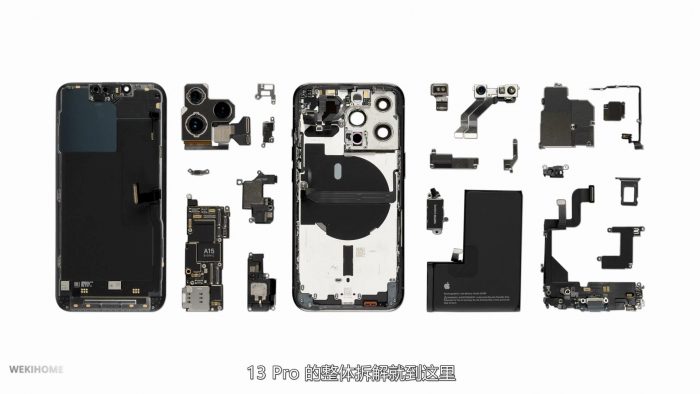