Back in April 2021, Lenovo released its one of the most popular gaming smartphone from its gaming series, named Lenovo Legion. The smartphone was named Legion 2 Pro. It features all the latest high-end specifications like a flagship display, a flagship chipset, and many similar configurations.

It is recently reported that the company has done some changes on its one of the most popular gaming smartphones. Today, Lenovo Legion has officially announced (on Weibo) that they will launch a new version of Legion 2 Pro, which would be equipped with 18 Gigs of RAM. 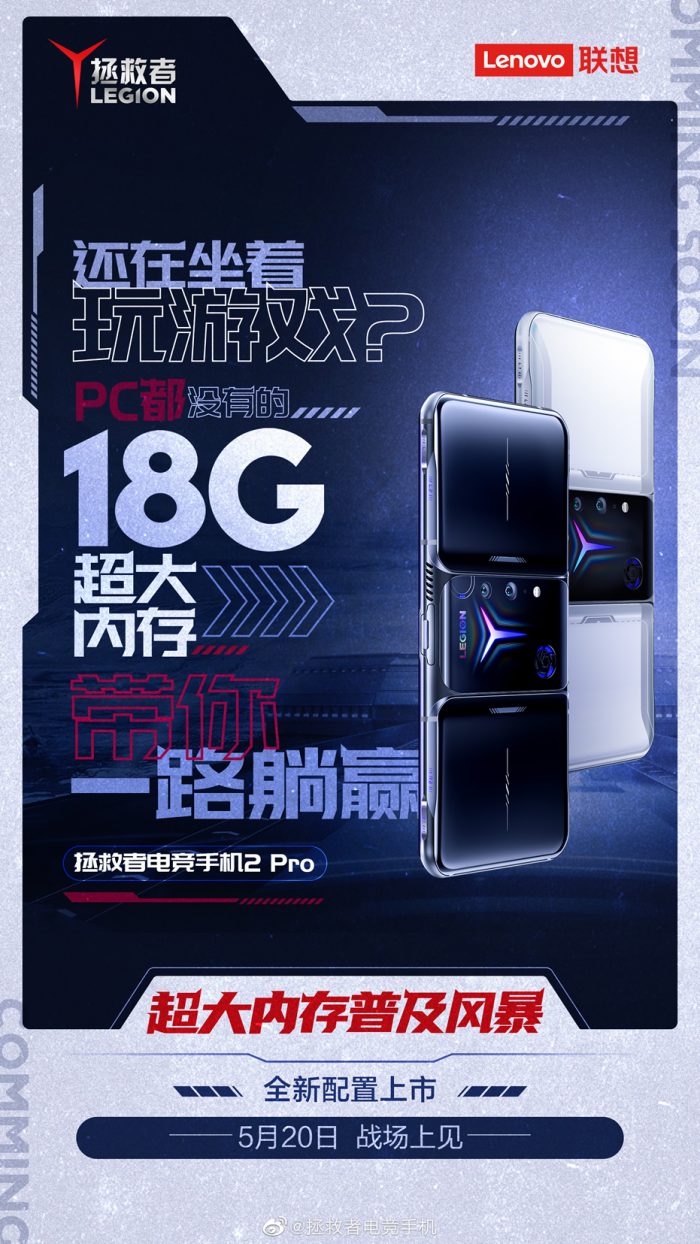 The company didn’t mention whether the storage would be upgraded or not. Currently, the high-end version of Legion 2 Pro has 16GB RAM and 512GB of Storage. It is expected that the new 18GB RAM model will come with the same storage of 512GB.

While talking about the launch date, the officials mentioned, “the new configuration will be available on May 20, see the top performance on the battlefield. They further mentioned that “Memory popularity storm is far more powerful than your computer.”

As known, the Legion 2 Pro features the unique smartphone design ever. It features a large cooling on the rear-middle side of the phone. The phone features an AMOLED Display with no front camera. There is a side pop-up camera that is used for capturing front-side images.

It is expected that the Legion 2 Pro with 18GB RAM will perform better in terms of performance. It is also expected to perform well in Benchmark tests.