Meizu has launched the Meizu 17 series models in the first half of this year. This phone has won users’ favor with their outstanding performance. On November 5, the renderings of the Meizu 18 Max mobile phone appeared on Weibo. It allows us to experience the appearance of this much-watched phone in advance. 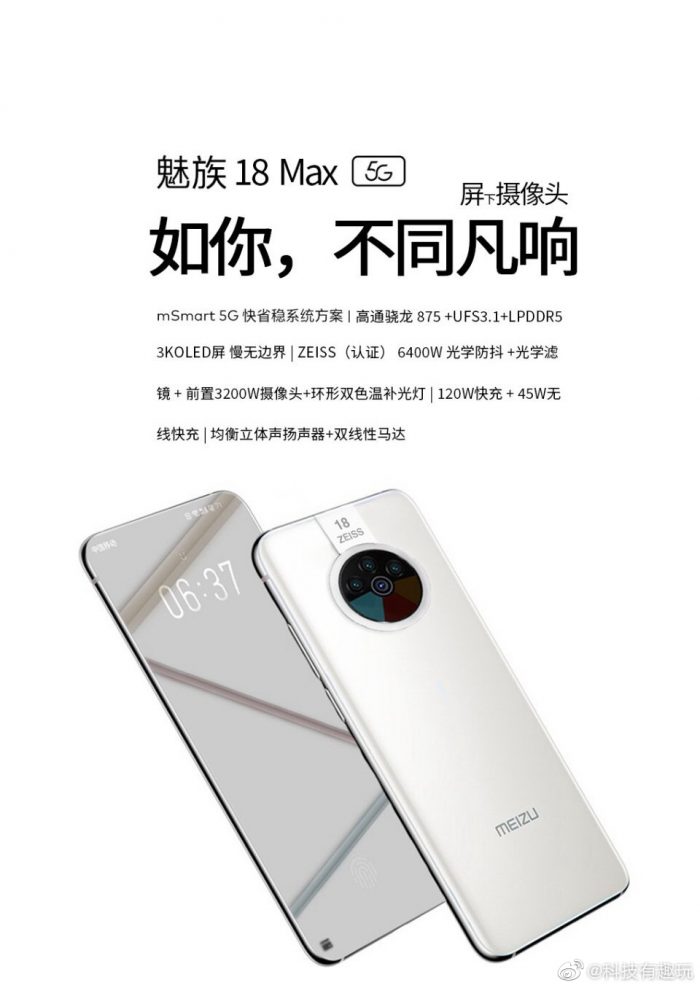 It can be seen from the rendering that the Meizu 18 Max phone still adopts the classic symmetrical design of Meizu. The camera module is located in the upper middle of the back of the fuselage, and the back cover is white. The most surprising thing is that this phone uses a full-screen design with ultra-narrow bezels, and the borders are almost invisible when viewed from the front. Both the left and right borders and the upper and lower borders are very narrow.

In addition, this rendering of Meizu 18 Max also introduces some of the highlights of the phone. This phone is equipped with Qualcomm Snapdragon 875 mobile platform, with UFS3.1 + LPDDR5 memory, which is very powerful. It features a 3K OLED display, the main camera lens is 64 million pixels, which has certified by ZEISS, and the front lens is 32 million pixels. It supports 120W fast charging and 45W wireless fast charging. The phone is also equipped with stereo speakers and dual linear motors.