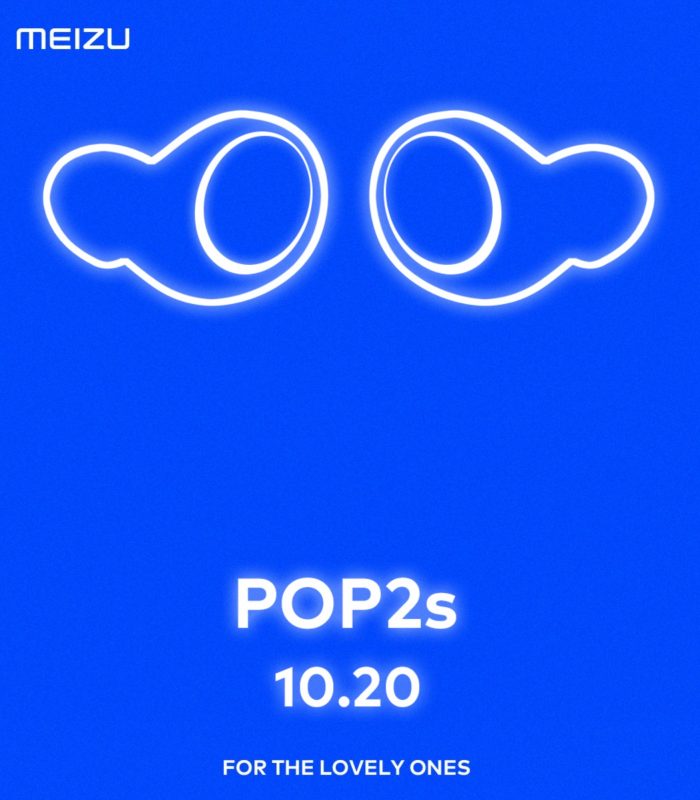 The previous generation of Meizu’s POP “POP 2” was released in April 2019. It features a Bluetooth 5.0 chip, supports binaural stereo calls, one-button touch control, can play music continuously for 8 hours, and is equipped with a charging box, charging the buds pair three times. The price is 399 yuan (Equivalent to 60 USD).

It is expected that Meizu POP 2s will feature a further improved connection speed and stability. Considering the excellent performance of POP 2 in terms of battery life, the new generation of headphones is expected to continue to exert strength in battery life.

The new TWS Earbuds “POP 2s” from Meizu is set to be launched on 20th October. The price is expected to be similar to its predecessor model.