Qualcomm has launched the Snapdragon 870 chip. Motorola immediately announced its new generation of flagship Motorola Edge S, and said that it will be equipped with Qualcomm Snapdragon 870 chip for the world’s first launch, which will be released on January 26.

According to Weibo of the general manager of Lenovo’s mobile phone business department in China, the Motorola Edge S with the Snapdragon 870’s laboratory running score was announced, reaching 679860 points. 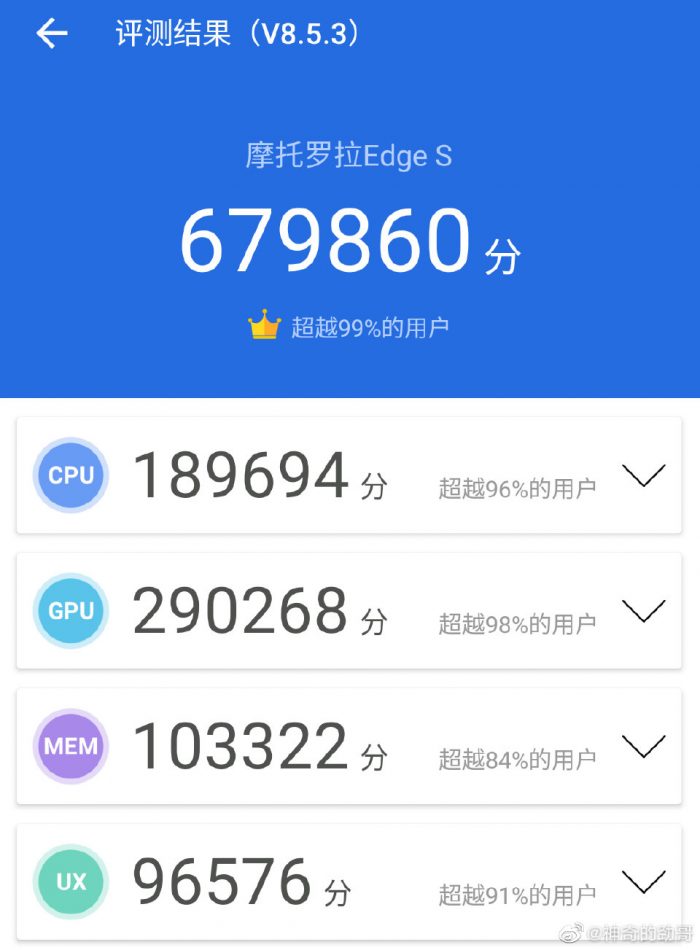 He also said that running points can not be completely equivalent to daily use scenarios, and no matter how good the performance is, it only represents part of the hardware performance. There must be software support, so that we can get a smooth use experience. Practical, convenient and comfortable are the most important. I have confidence in the hardware and software of Edge S.

Earlier news broke that Motorola Edge S will use a 6.7-inch 1080P+ screen, with a front 16-megapixel dual camera, and a rear main camera up to 64 million pixels. In addition, it is equipped with the Snapdragon 870 chip, and the battery capacity is up to 5000mAh.

Huawei officially announced Nova 8 and Nova 8 Pro will be...