Today, Nokia announced that a new smartphone will be released on December 15. This new machine will be equipped with Android Go. But in the poster, we did not find the name and model of this phone. Prior to this, Nokia C1, Nokia 1 Plus, and other models were all with Android Go. Xiaomi’s Redmi Go launched overseas is also pre-installed with the Android Go system. 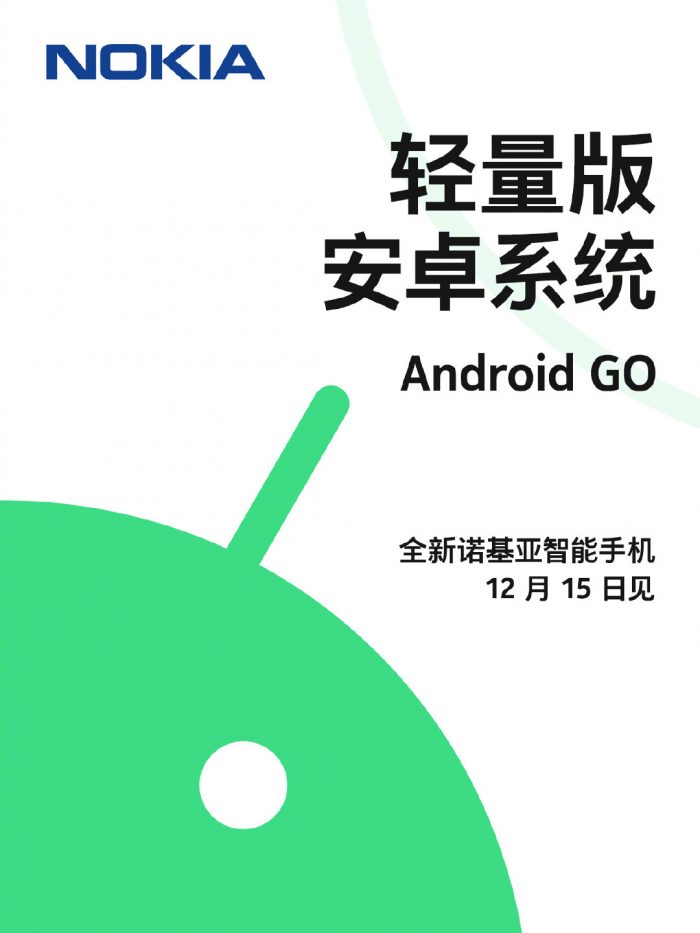 Android Go is a simplified version of the Android system that can run smoothly on ultra-low-end Android phones. The specific quantification is that it can run on low-memory phones.

The security of the Android Go system is as high as the Android. The overseas version of Android Go also comes with apps such as Google Go, Google Assistant Go, Gboard, and Maps Go. These apps are designed for entry-level smartphones with limited memory and storage space.

It is not difficult to see from the pre-installed Android Go system that Nokia’s new phone is positioned as an entry-level, and the estimated price is within 1,000 yuan. However, Nokia did not disclose the name and specifications of this phone.

In addition, the Chinese version of the Android Go system will eliminate Google services and add localization features that Chinese people are used to.

At the beginning of this month, a new Nokia model TA-1335 has been spotted on TENAA. According to the TENAA, the mobile phone has colors such as navy blue and champagne, with a body size of 81 × 44.5 × 22mm and a weight of 122 grams. The screen specifications have not been released yet.