Nubia, the sub-brand of ZTE, has only two lineups that reveal its smartphone. The first is its famous Red Magic gaming smartphone lineup, while the second is its Z-Series, a camera-focused smartphone series. The company is planning to launch the Z-series successor model in the coming days.

This morning, ZTE officially announced (on its Weibo) that the all-new Nubia Z50 will be launched on December 19 at 2 PM (as per Chinese Timing) in a launch event. Further, the Nubia Z50 also comes with a significant camera breakthrough, as revealed in the official announcement. 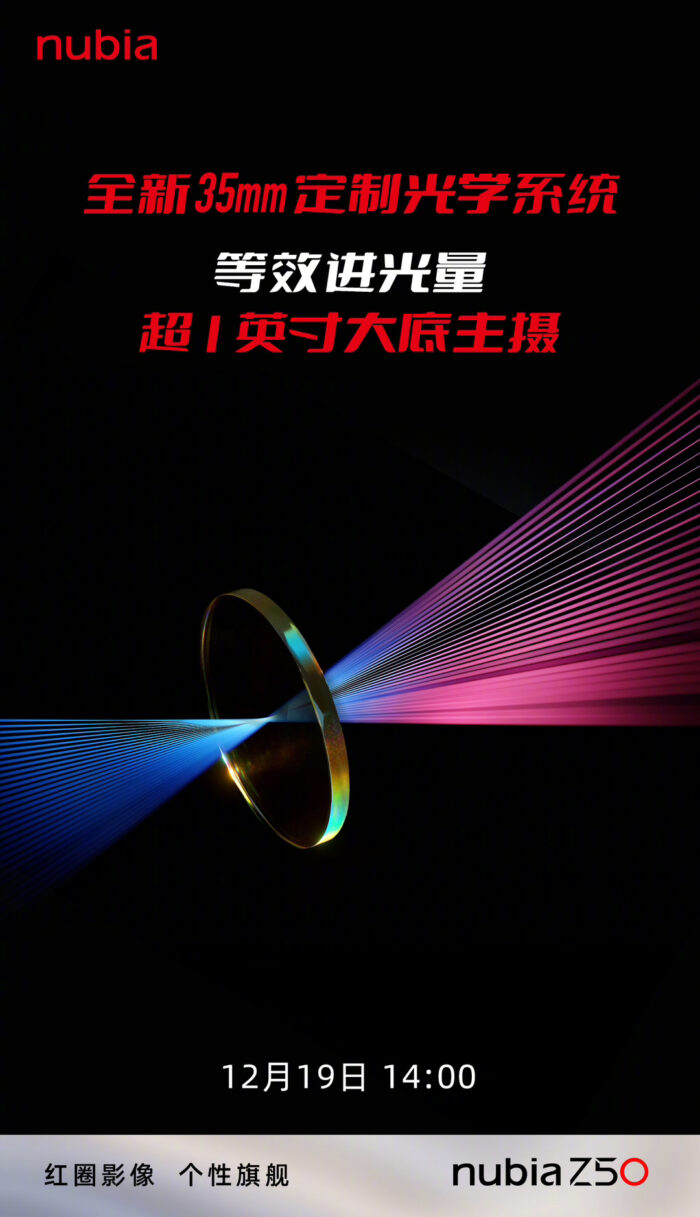 As per the official announcement, the Nubia Z50 will be equipped with an all-new 35mm custom optical system. It is equivalent to the light input exceeding a 1-inch primary camera.

In the coming days, it is expected that Nubia will start releasing the significant highlights of its Z50 in coming days.