A few days ago, OPPO officially announced that it will launch a new 5G mobile phone – OPPO K7x on November 4. At present, this new phone has got certified by TENAA, so we can know most of the specifications and the design. On November 2, OPPO announced some specifications of the machine that the TENAA did not disclose. 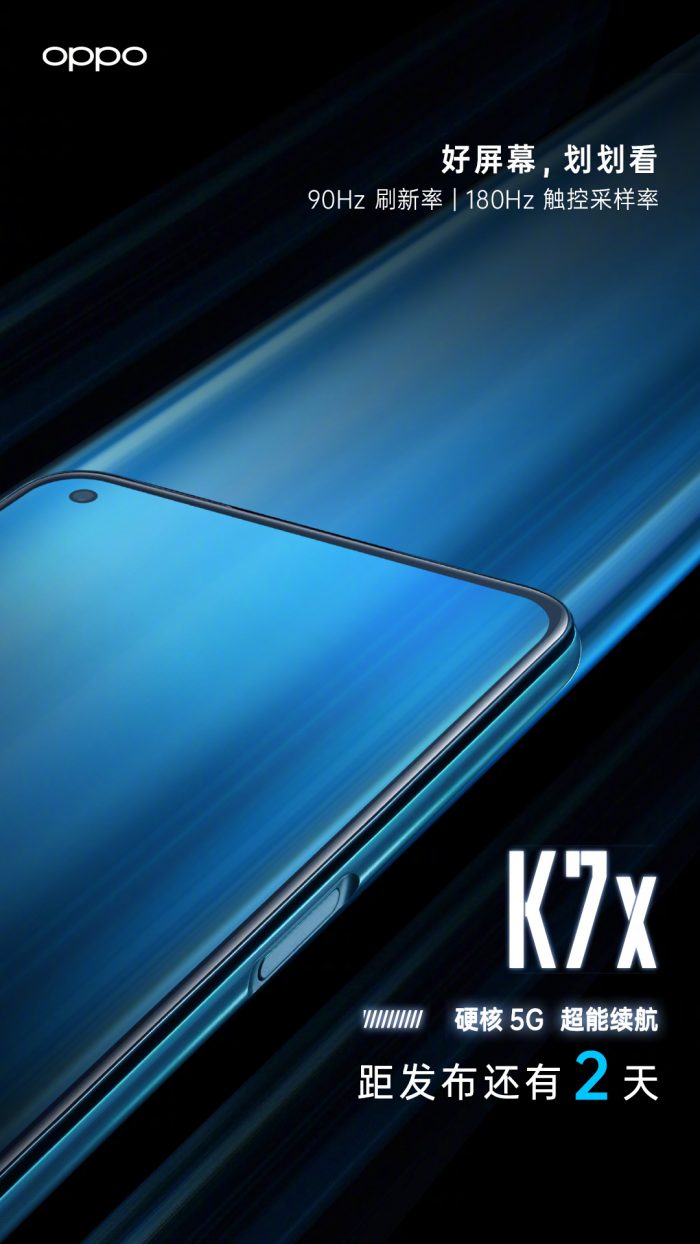 According to the OPPO official announcement, OPPO K7x has a 90Hz high refresh rate display, which can bring a smooth operating experience, and has a 180Hz touch sampling rate, which makes it easier to control and play games more smoothly. In addition, OPPO officially announced the front design of the K7x: it featured a punch-hole display, the three borders are very narrow, and the visual appearance is good. The phone uses a side fingerprint design, at least one color is available in blue.