This afternoon, OPPO has officially announced that the company will hold the future gaming machine conference in which they will also launch the all-new OPPO K9 Pro 5G as well. 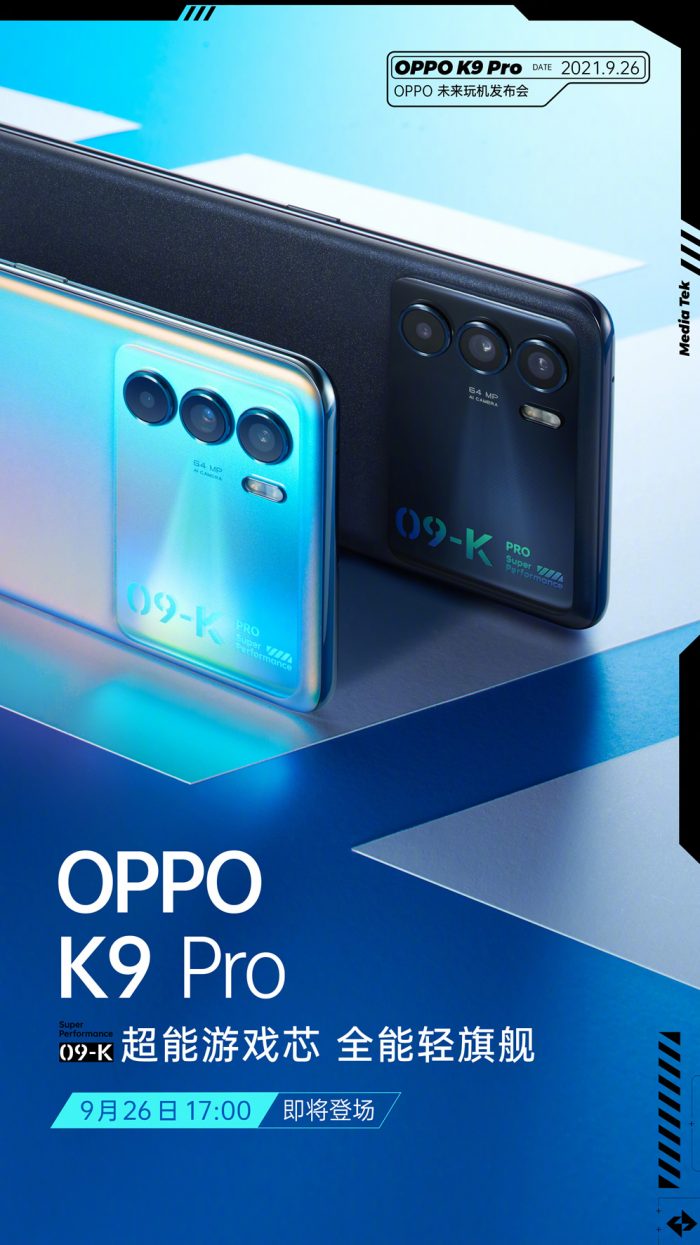 Furthermore, the company also mentioned that three new super products and two limited edition models would also be introduced. We can conclude that OPPO K9 Pro is one of the three super products. It is worth mentioning that the company has used OPPO K9 Pro to post this announcement on Weibo.

As per previous info, the new OPPO K9 Pro will feature a 6.43 inches Single Punch-Hole Super AMOLED Display with Full-HD+ resolution. It would be powered by the latest Dimensity 1200 5G chipset, based on a 6nm manufacturing process, and has a higher 3.0GHz frequency.

In addition, the phone also features a triple camera sensor (64MP+8MP+2MP) in a rectangle-shaped and horizontally aligned module. A bigger 4500mAh li-ion battery has been featured with 65W (SuperVOOC) super-fast charging inside the phone.