OPPO will hold the OPPO Future Technology Conference 2020 (OPPO INNO DAY 2020) in Shenzhen from November 17th to 18th, 2020. At that time, 3 concept products and 2 sets of technology systems will be officially unveiled at the conference.

Today, OPPO officially warmed up the OPPO concept phone, saying “Big screen? Small screen? Infinite screen? In the future, your phone may be able to retract freely.” The official also released a poster showing a corner of the phone, which is very distinctive. The point is that the frame of the machine is much higher than the screen. 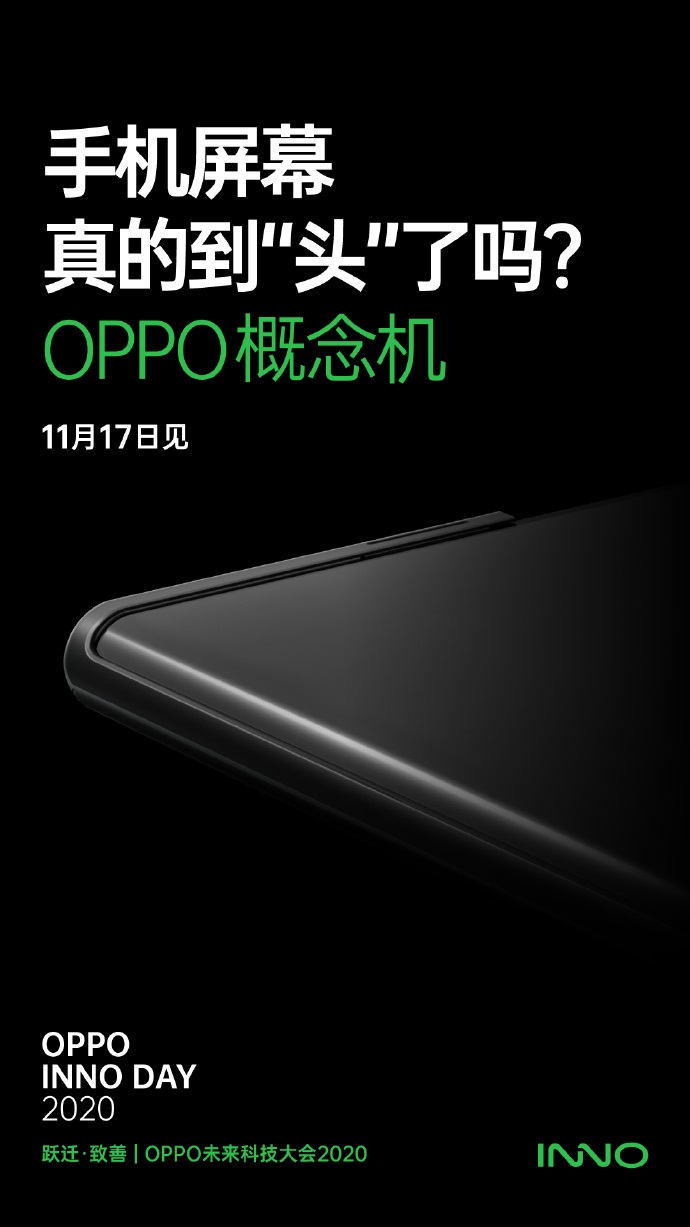 It is worth mentioning that a new patent filed by OPPO recently shows that OPPO seems to be developing a retractable smartphone. Combined with the official current warm-up, this concept phone should adopt a retractable screen design like the patent. 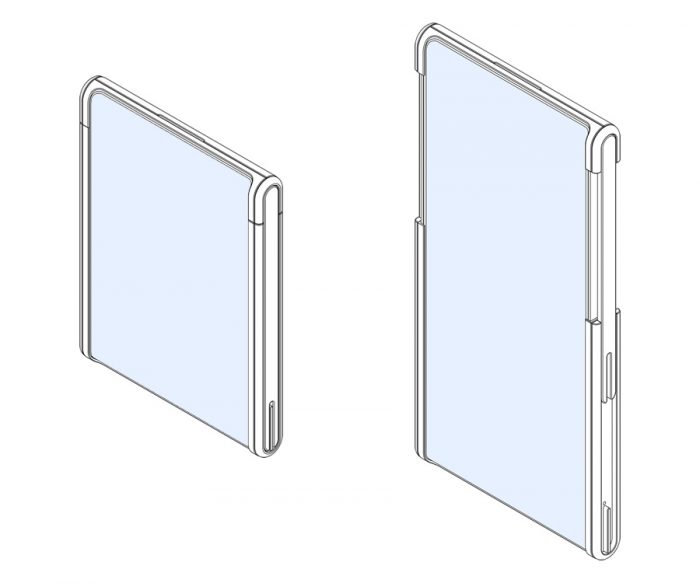 In addition, the digital blogger @Digital Chat Stastion guessed that the OPPO concept phone will use TCL Huaxing’s cloud scroll screen, the screen can be stretched horizontally. Check out the TCL scroll screen here.

At the 2020 TCL Huaxing Global Display Conference, TCL showed the cloud scrolling screen concept phone. More rigorously, it is a pull-out mobile phone. The screen is rolled in the body, and can be used like a regular mobile phone. When you need a larger screen, you can pull one end of the mobile phone to extract the screen, extending the screen from 6.75 inches to 7.8 inches. TCL has designed a locking mechanism to complete the transformation.

This kind of mobile phone has no hinge structure and can also avoid the problem of crease. So in theory, it is a better solution. Of course, it is only a concept product at present. TCL officials said: If nothing else, early next year; later this year, the developer project will be launched, mainly related to software.

Compared with most folding screens on the market, it can combine the functionality of a mini-tablet computer and a mobile phone on the same terminal without changing the thickness of the fuselage, which is both portable and large screen. According to TCL official parameters, its body thickness is 9 mm, and the battery capacity can reach 5000 mAh.

Of course, it is still uncertain which screen design the oppo concept machine will adopt at present, but it will definitely make people look forward to it.