The OPPO Reno5 series will be released on the 10th of this month. In addition to the official renderings and some specification information, today, OPPO’s official Weibo announced that OPPO Reno5 will be equipped with OPPO FDF Full Dimensional Fusion Portrait Video System for the first time, which can achieve customized beauty for every user under the portrait video camera, and make the portrait in front of the camera always shine. 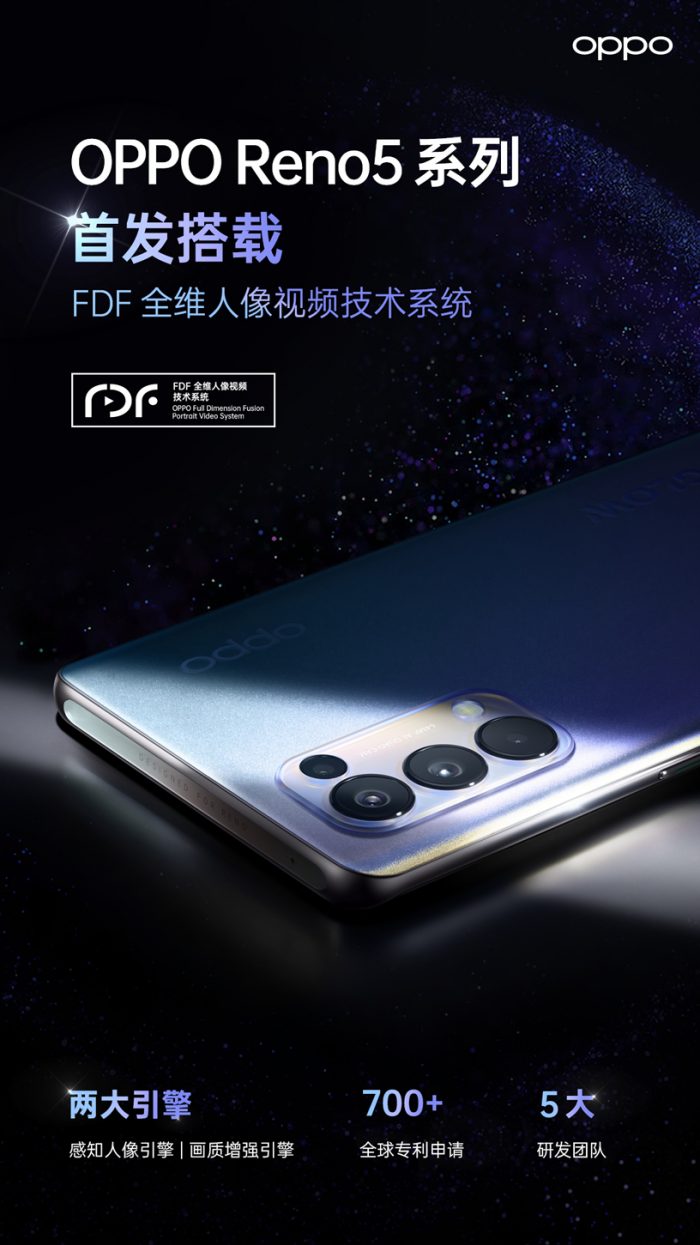 It is reported that the OPPO Full Dimensional Fusion Portrait Video System is composed of two engines, namely the perception portrait engine and the image quality enhancement engine, which are respectively optimized for the subject and the overall picture during portrait shooting.

The perceptual portrait engine is optimized for the portrait area during shooting, and more accurate face detection is achieved through AI algorithms. Face key point detection marks 296 key points in the face area to distinguish facial features and contour details, and achieves a model loss as low as 4.71% on the industry’s authoritative public data set. The running frame rate of this algorithm on the mobile platform has reached more than 200fps.

According to the video released by the digital blogger @xiao bai review, the rear camera module of OPPO Reno5 can emit a faint green light in the dark, which means that the module of the Reno 5 series camera is luminous. It has greatly increased the recognition of the mobile phone in the dark. It is speculated that OPPO may add fluorescent material to the glass, so that it has the property of emitting light in the dark. 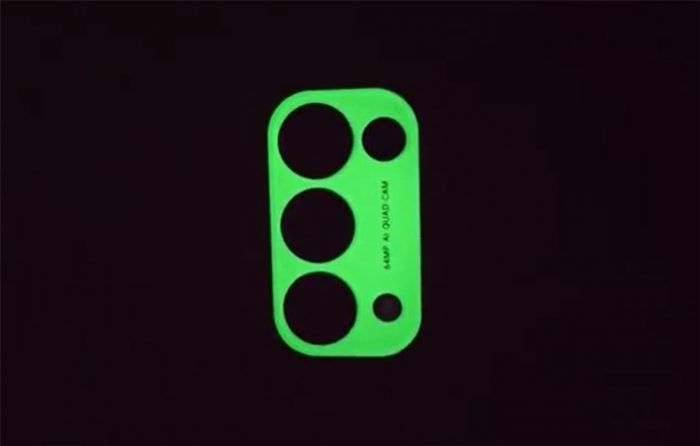