Yesterday, realme announced that the realme Q3s mobile phone will be officially released at 14:00 on October 19th. This product will be equipped with Qualcomm Snapdragon 778G processor with 3 cameras on the back.

Today, realme warmed up the phone again and announced that the phone will be equipped with a 6.6-inch 144Hz refresh rate LCD screen, which supports 30Hz, 48Hz, 50Hz, 60Hz, 90Hz, 120Hz, 144Hz seven-speed refresh rate automatic adjustment, and the refresh rate will be adjusted intelligently according to the use scenario. 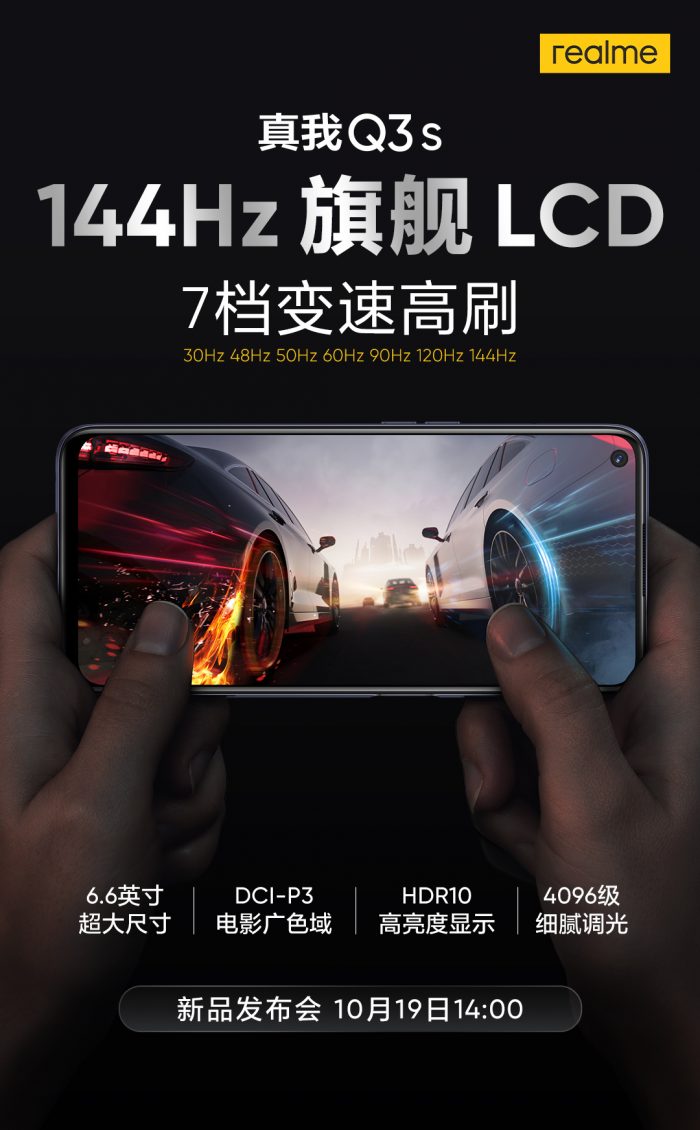 This screen also has DCI-P3 wide color gamut, HDR10 certification, high brightness, and supports 4096-level dimming. It can be seen from the figure that the front opening of the screen is located in the upper left corner, and the chin is slightly wider, which is caused by the characteristics of LCD.

The appearance of the realme Q3s phone has been officially exposed before. This phone will use side fingerprint recognition. In addition, the realme GT Neo2T mobile phone will also be released on October 19th, and it will first release the MediaTek Dimensity 1200-AI chip.