Realme’s new mobile phone will officially meet with you on March 4. As the launch date of the new phone approaches, the official continues to warm-up for the phone. On March 2, the official post stated that the Realme UI 2.0 will be launched on the Realme GT mobile phone. 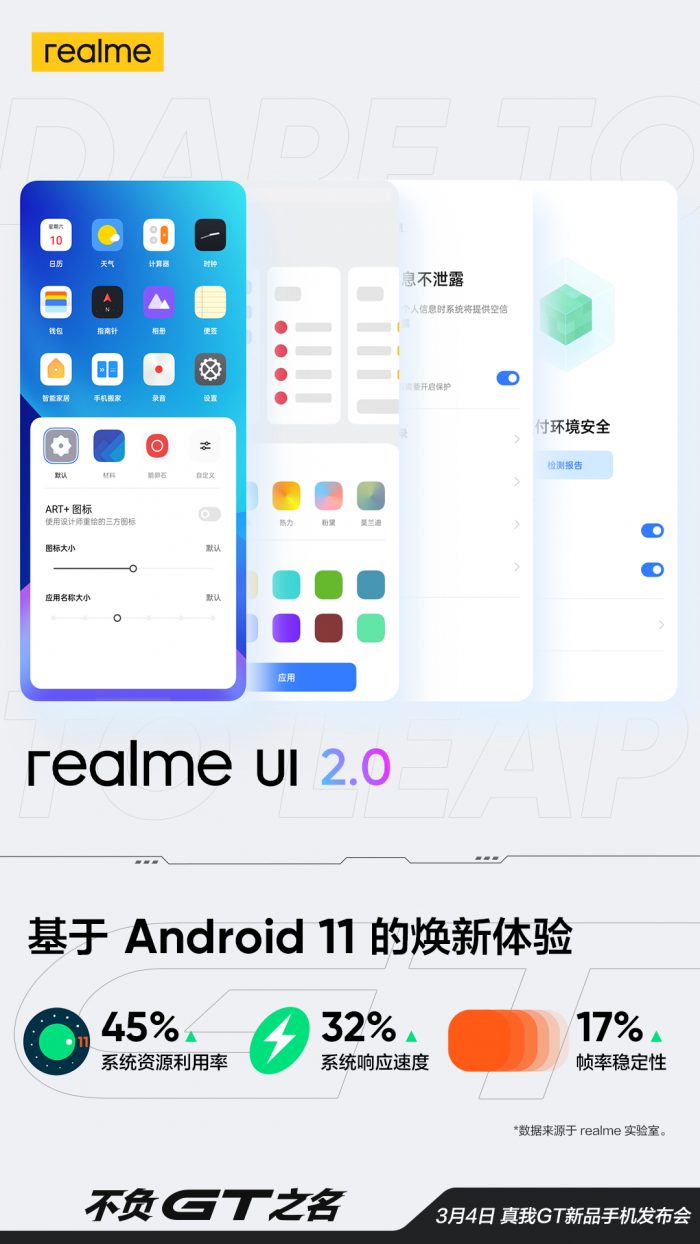 In addition, the new system will allow users to have a more fashionable, smoother, and safer experience. Judging from the official information, the performance improvement of the new system is still very obvious, and it is guessed that users will get different feelings in the response speed of the system.

Earlier this month, the TENNA certification showed that the model of Realme GT 5G is RMX2202, which is designed with a hole in the upper left corner. In addition, the phone has also passed the 3C certification, showing that the phone is equipped with a 65W fast charging.