Just now, the official Weibo of Redmi mobile phone released a warm-up poster for Redmi K30S. The poster stated that the phone is a special new product for the 11.11 shopping festival and will be released at 2 pm on October 27 (tomorrow). 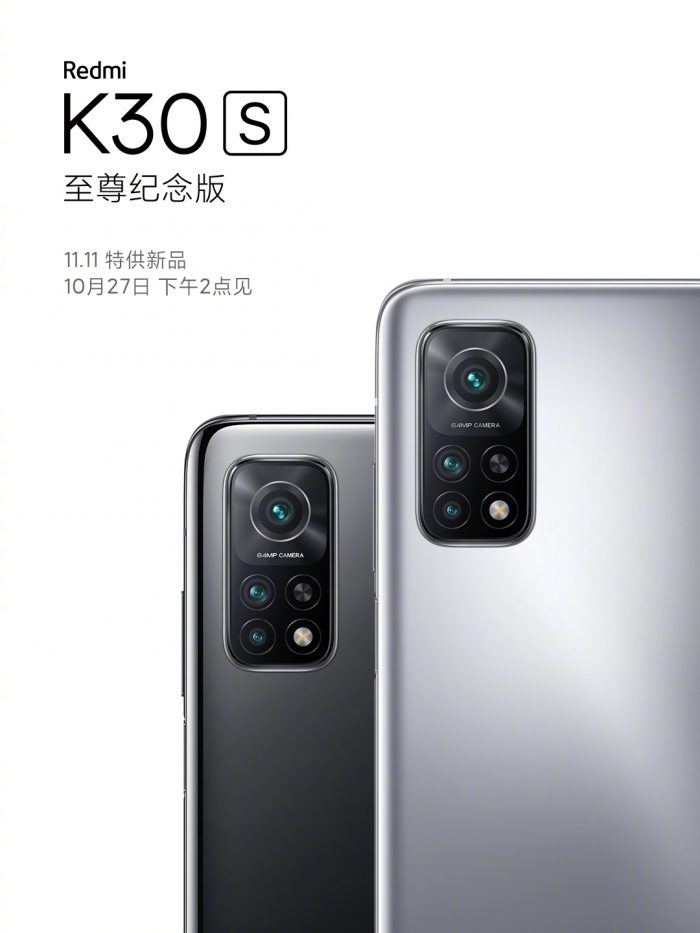 The official Weibo also said that the outstanding selling point of the phone is its 144Hz LCD high refresh rate screen and 5000mAh battery.

Redmi K30S is the overseas Xiaomi 10T. According to the official news from the TENAA and Xiaomi website, Redmi K30S will be equipped with a 144Hz refresh rate LCD screen with a resolution of 1080P. It will be powered by the Qualcomm Snapdragon 865 mobile platform. The phone would be available in three RAM variants and three storages: 6GB, 8GB, and 12GB with 128GB, 256GB, and 512GB.

The phone has a quad-camera module with a main 64MP primary sensor, while the front camera uses a 20MP sensor. The Pro version is a 108 million pixel main camera.

OnePlus Z Spotted On Geekbench: With Snapdragon 765 And 12GB RAM

Vivo announced OriginOS will be launch on November 18

iQOO 7 is confirmed with a 120Hz screen, the front design...