Today, the Redmi has officially announced that the all-new Redmi K40 gaming edition will feature the Aerospace Heat Dissipation material for the first time in a smartphone. 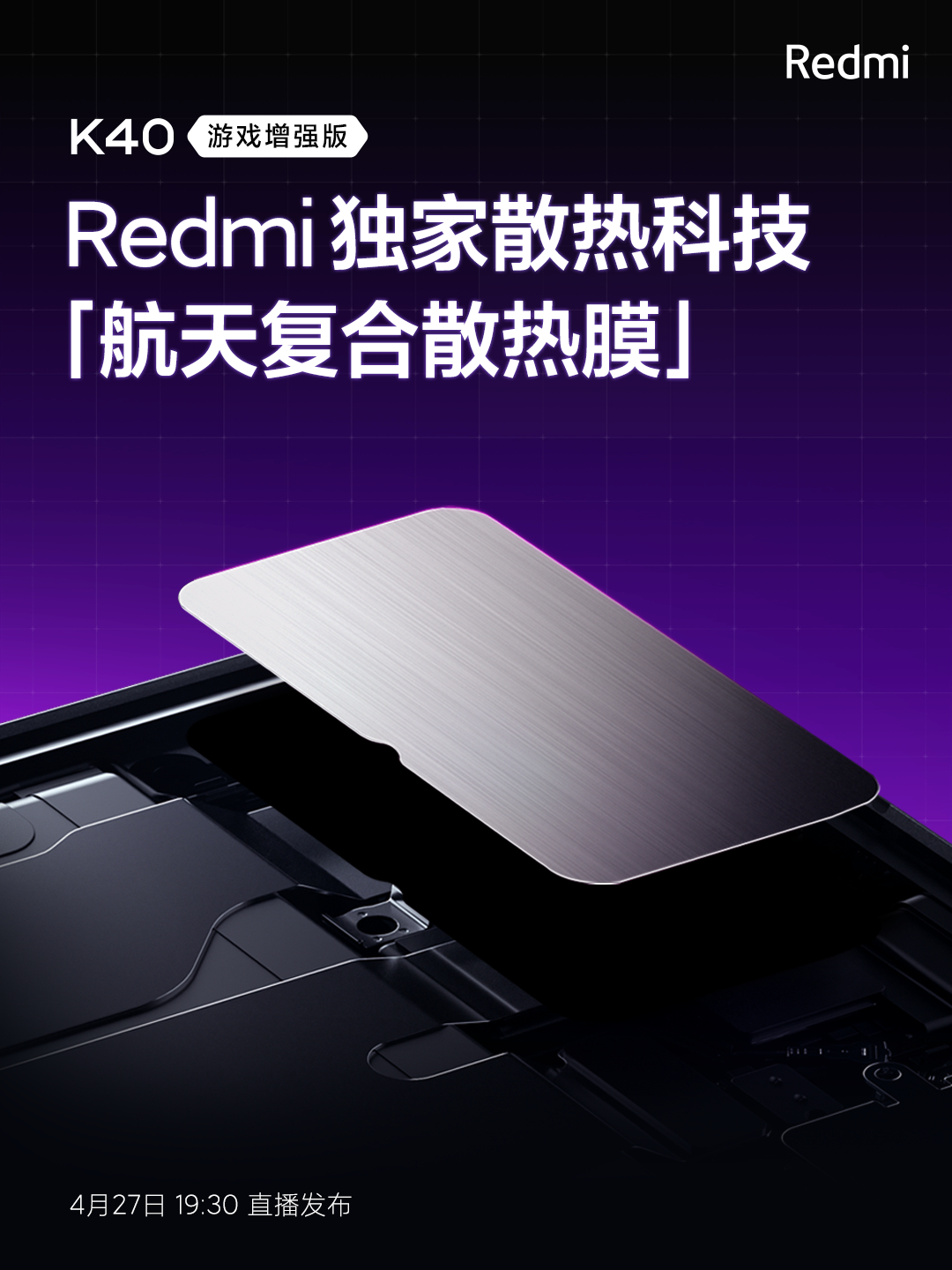 This whole scenario will make the ultimate game heat dissipation in Redmi K40 Gaming Version and allowing us to turn on the firepower in the game, and make our phone cool to the end.

It is already known that the Redmi K40 gaming edition is powered by the MediaTek Dimensity 1200 chipset, based on a 6nm process. The phone’s body is very thin, equipped with dual physical lift buttons, a side fingerprint design, and a circle of LED lights is added around the lens module.

It was also reported that the Redmi K40 gaming edition would feature the Samsung’s E4 OLED Single Punch-Hole screen with a 144Hz refresh rate as well. The same display has been used in Redmi K40 standard series.

A 5000mAh battery is also equipped in the phone, supporting fast-charging up to 67W (as revealed in the 3C Certification). The phone would be equipped with a side fingerprint scanner as well.

The all-new Redmi K40 Gaming Edition will be launched on April 27 at 7:30 PM (Chinese Timing).