A few days back, Redmi officials revealed that Mediatek’s newly launched sub-flagship chipset would power the basic version of the Redmi K60 series. However, the officials haven’t announced anything regarding the launch date or related stuff. But finally, this question has been answered by Redmi.

This morning, Redmi officially announced that the all-new Redmi K60 series would be launched on December 27 at 7 PM (Chinese Timing) in a launch event (on the upcoming Tuesday). The company claims that the Redmi K60 series will surpass the gaming mobiles in terms of performance. 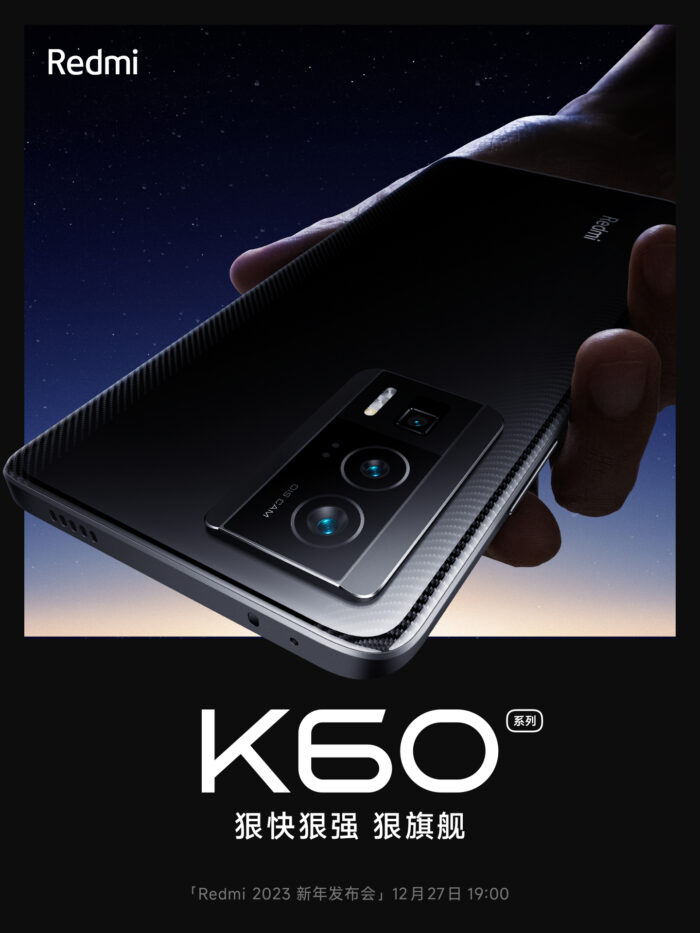 In the official poster, the backside design of the Redmi K60 device can be observed. Whether it is Redmi K60E or Redmi K60 standard version is not confirmed.

As can be seen, the Redmi K60 model has carbon fibers strip on both the right and left. Further, it consists of a rectangle-shaped camera module consisting of three lenses. On the top edge, there is a speaker grill in addition to an IR blaster, which gets helpful in some scenarios.

Previously, we reported that the basic version of the Redmi K60 series (Redmi K60E) will be powered by Dimensity 8200 sub-flagship chipset. The chipset is based on a 4nm manufacturing process and consists of the following cores: 4x Cortex-A78 Performance Cores (one is clocked @3.1GHz, rest other has 3.0GHz frequency) and 4x Cortex-A55 Energy-Efficient Cores (clocked @2.0GHz).

In the coming days, we can expect Redmi to release the Redmi K60’s highlights before the official launch.