Today, vivo announced that it will release a new generation of mobile phone operating system OriginOS on December 9. The new version of OriginOS will be named OriginOS Ocean.

According to reports, OriginOS Ocean newly created by vivo adopts a brand-new UI design, which has new changes compared to OriginOS.

On OriginOS, vivo pioneered a brand-new desktop architecture system “Huarong Grid”, which uses a network system with a silver segmentation rate, so that every icon on the desktop can be displayed flexibly and freely, and whether the icon becomes larger or getting smaller, and it’s completely up to the user to mix and match according to their own preferences, which is undoubtedly full of fun and makes the experience great.

According to the official information, the OriginOS Ocean is built with the theme of “sea”. While meeting the individual needs of users, it will also bring new surprises in UI design.

In addition, OriginOS officials also stated that the recruitment of the internal beta experience officer for the new OriginOS Ocean system will officially open for registration today (November 29) at 17:00. Users can enter the vivo official website community and iQOO community to learn more. 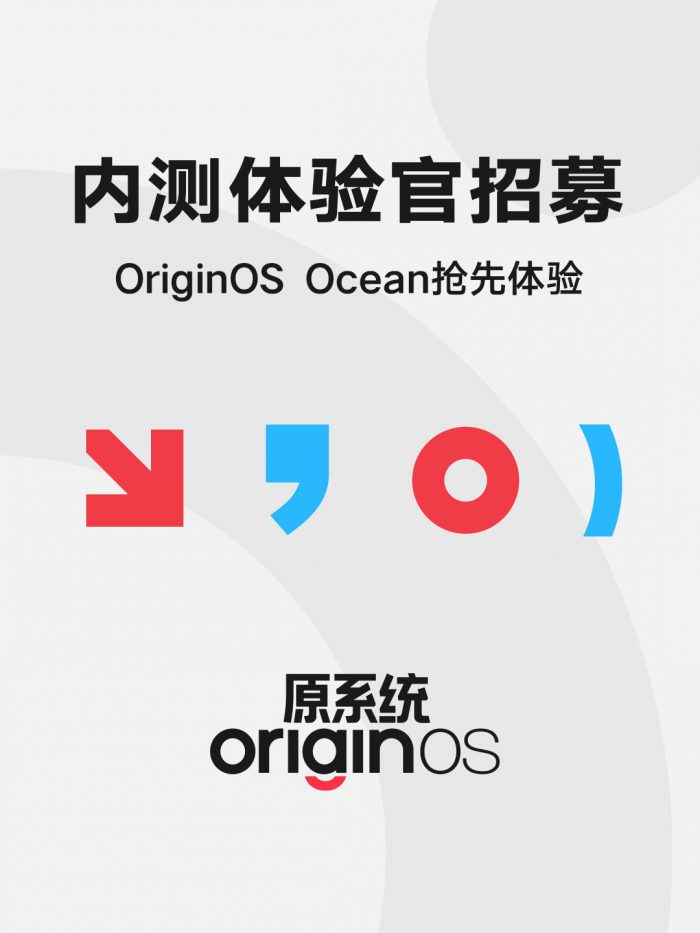