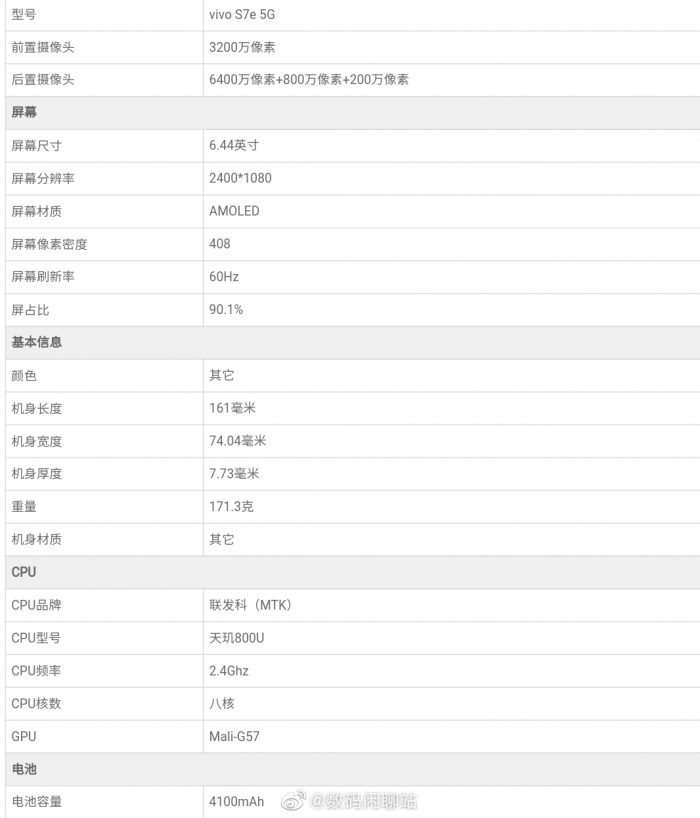 The blogger also revealed the specifications of Vivo S7e with its renders. 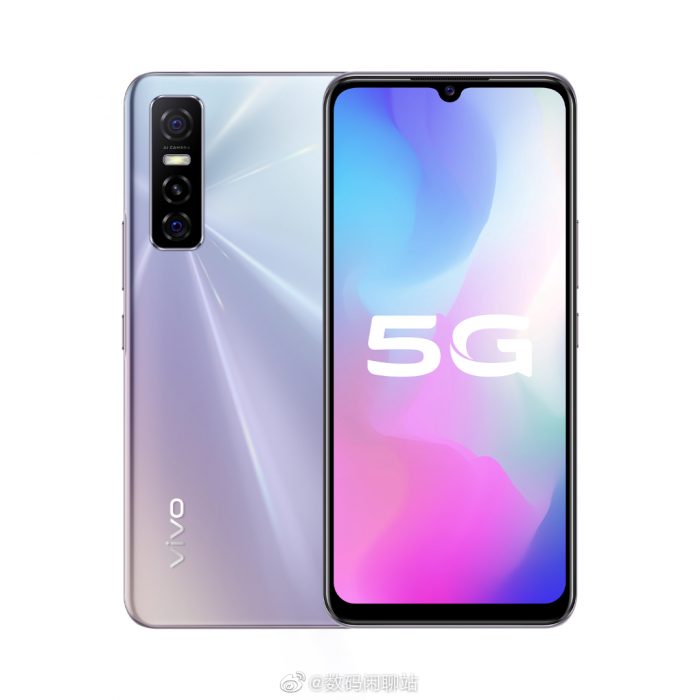 Inside the phone, it features Mediatek’s mid-range chipset, “Dimensity 800U,” which is an octa-core chipset based on 7nm production. The chipset has a maximum frequency of 2.4 GHz with a Mali-G57 GPU. The Vivo S7e may feature an under-display fingerprint scanner too. The battery of the phone is a little bit better than Vivo S7, a 4100mAh Battery.

The phone is equipped with a triple camera (64+8+2MP) setup on the backside. The camera specifications are the same as in Vivo S7, but the camera’s arrangement is different. The cameras are arranged vertically in a rectangle bump. On the front side, the phone feature a 32MP single camera for taking selfies.

The launch of Vivo S7e is expected very soon. It may be launched before the end of the first half of November.

OPPO K9 Pro Officially Confirmed To Be Launched On September 26

Dimensity 800 Powered Huawei Enjoy Z Spotted On AnTuTu With A...

Snapdragon 875 got benchmarked on an engineering machine