This morning, the long-warming Vivo X60 series was officially announced. The poster showed that the Vivo X60 series uses Zeiss optical lenses, which are jointly developed by Vivo and Zeiss. At the same time, it is equipped with a micro PTZ black light night vision 2.0. 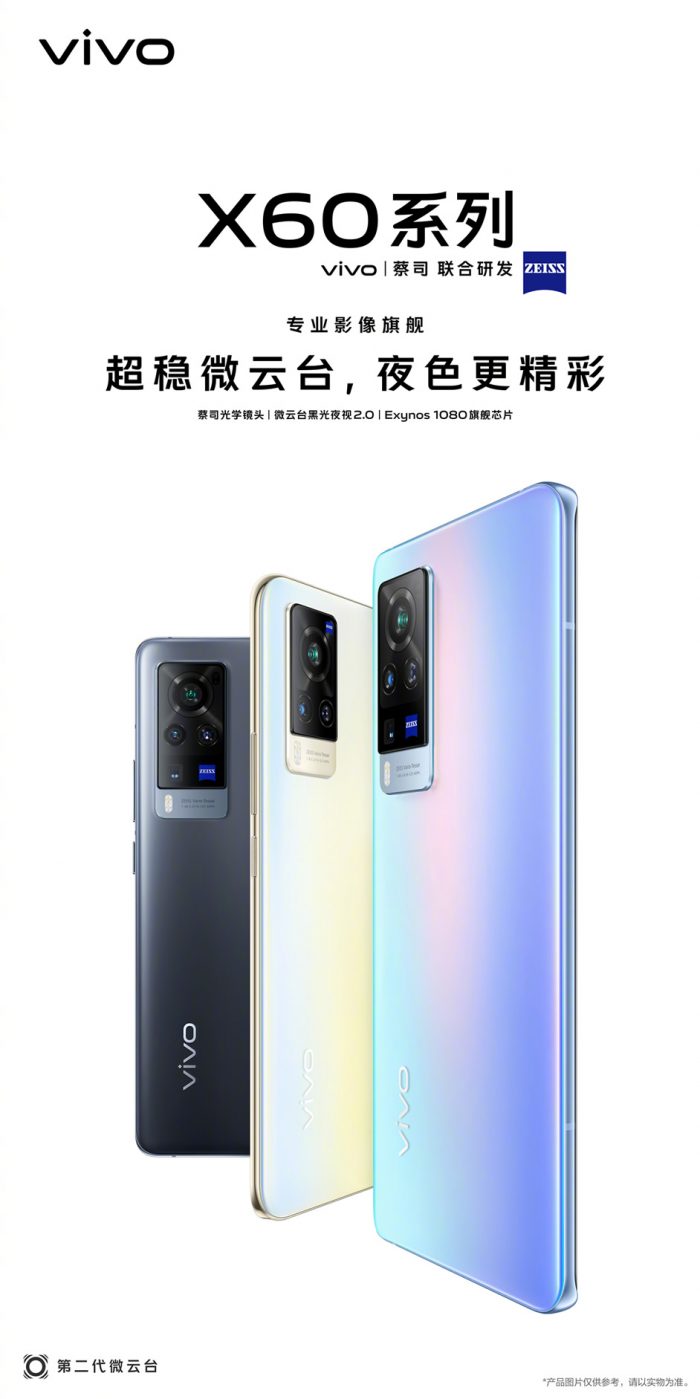 According to vivo’s practice, the X60 series contains at least two new models, namely the standard version and the Pro version. The main difference should be micro PTZ.

The appearance of the new machine has hardly changed from the previous generation. It is still a rear rectangular camera module. The standard version has three cameras and the Pro version has four cameras, all with the Zeiss logo.

In terms of configuration, this series will be the first mobile phone equipped with Samsung Exynos 1080. This chip is based on Samsung’s 5nm EUV process. The CPU part is an eight-core architecture. It consists of a 2.8GHz Cortex–A78 + three 2.6GHz Cortex-A78 + four 2.0GHz Cortex-A55. The GPU is Mali-G78 MP10, and its performance is 2.3 times higher than the Exynos 980.

It is also worth mentioning that the Vivo X60 series will run OriginOS, which is a brand new OS that Vivo claims to have been developed over a year.