Samsung revealed at the press conference of the Exynos 1080 that Vivo participates in the cooperative research and development of this processor and will launch the first terminal products equipped with Exynos 1080 processor. On December 16, Vivo officially confirmed that the X60 series will be featured the Samsung Exynos 1080 processor. 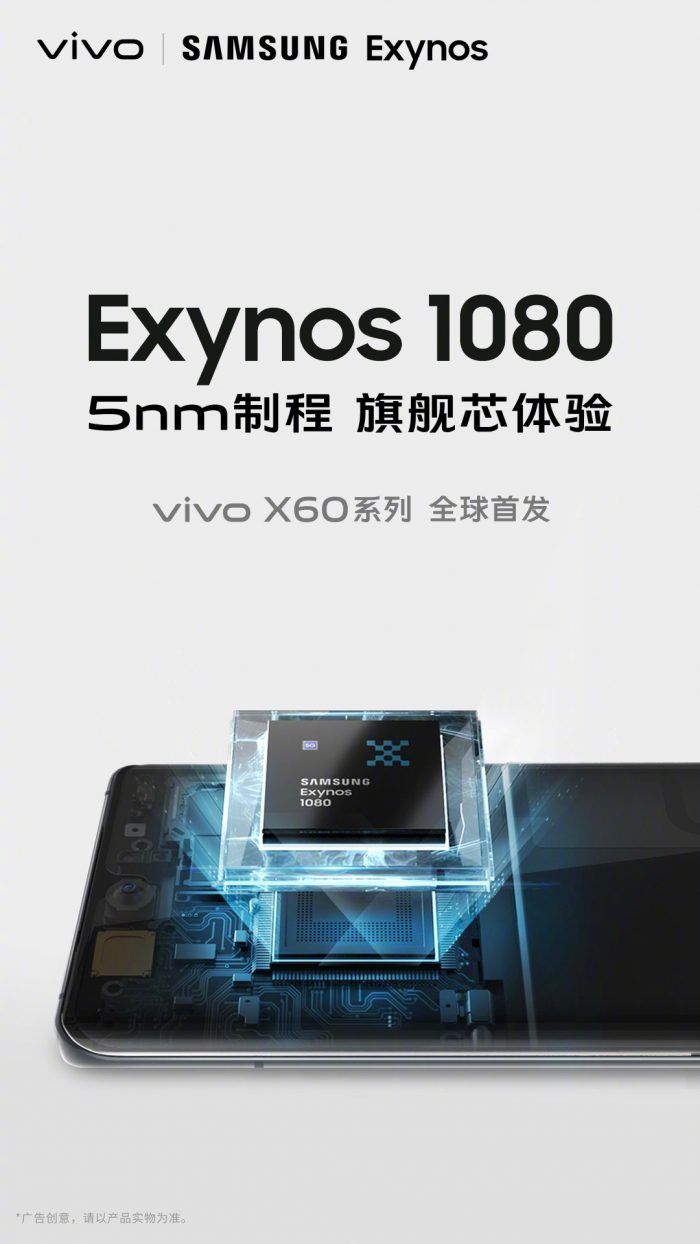 As a flagship processor product, Samsung Exynos 1080 uses the most advanced 5nm EUV FinFET process and ARM’s Cortex-A78 and Mali-G78. Compared with the previous 7nm process, the 5nm process of Exynos 1080 increases the number of transistors by more than 80%, which can achieve stronger performance and lower power consumption.

Exynos 1080 also integrates 5G NSA/SA dual-mode modems, supports 5G NR Sub-6, millimeter-wave, and other frequency bands, supports download speeds of up to 5.1Gbps, and can achieve a greater degree of global network coverage. Exynos 1080 is the second mobile processor chip developed by Vivo and Samsung after becoming partners after Exynos 980.

Yesterday, Vivo officially announced the new Vivo X60 series, featuring the second-generation micro-PTZ and Zeiss optical lens, it is expected to be released on December 29.