Today, Vivo has officially confirmed its new upcoming phone “Vivo Y70s”. The new forthcoming phone is going to be the first 5G Vivo’s Y series phone having a 5G chipset. The phone will be a mid-range 5G capable phone. 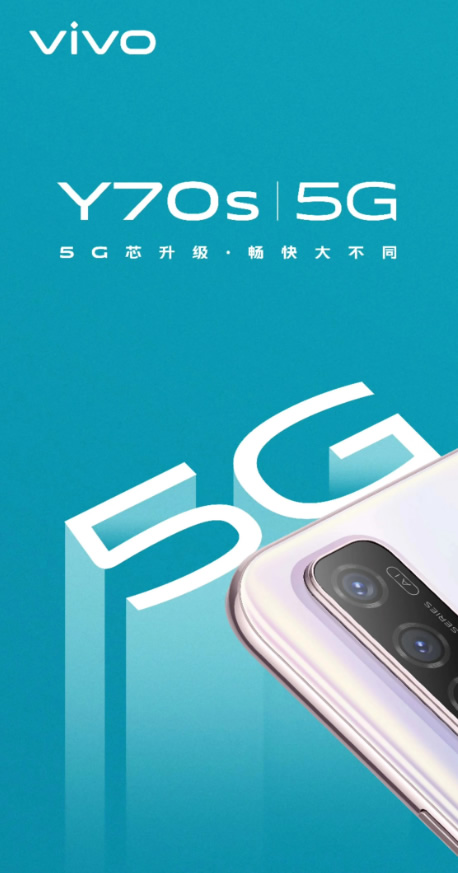 Vivo has also released two posters in which the specifications of phones are revealed. According to the posters, the phone will use a punch-hole display. The phone has a 4500 mAh built-in battery, and it also supports 18W fast charging (according to 3c certification).

Currently, there is no news regarding the launch date and price of Vivo Y70s. It may price around 2000 Yuan (280 USD) as the Y series smartphone prices are always roundabout 2000 Yuan. If any more news comes regarding this, you will be informed on our channel. So stay tuned!