Today, a new Xiaomi phone with a model number of 2201122C has obtained radio certification. According to the previous news from the Digital Chat Station, this model is the Xiaomi 12 standard version. 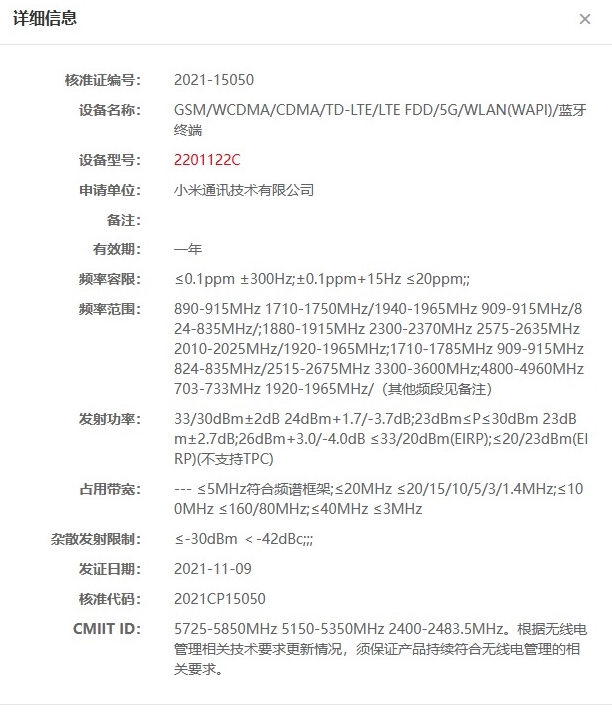 Now that the Xiaomi 12 has obtained the radio certification, it is not far away from appearing on TENAA, and its photos and hardware specifications are expected to be exposed together.

At the same time, some digital bloggers revealed that Xiaomi 12 has relatively sufficient supply in the early stage, but it is not sure whether it is the first mobile phone equipped with Qualcomm Snapdragon 898 (tentatively named), because Motorola may also get the right to first launch the Snapdragon 898.

This year’s Snapdragon Technology Peak will be held from November 30 to December 2, the Snapdragon 898 will be officially unveiled, which means that a new mobile phone will be launched in December, further confirming the announcement of the Xiaomi 12 Standard version in December.