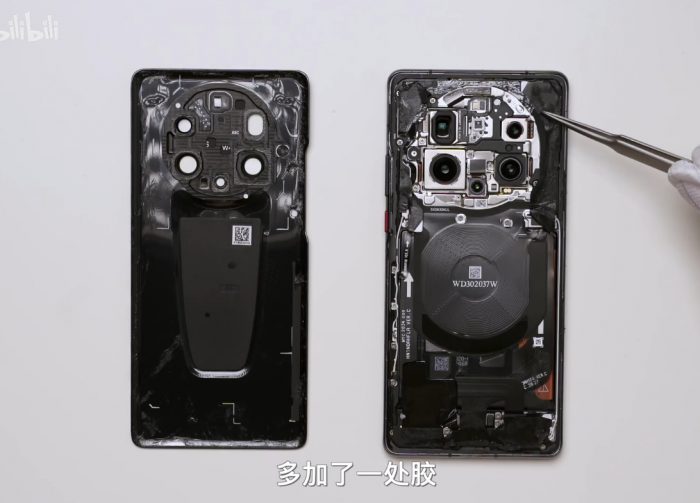 The Mate 40 RS still uses a three-stage design. Its middle and lower parts are almost the same as Mate 40 Pro, only the upper part is different. 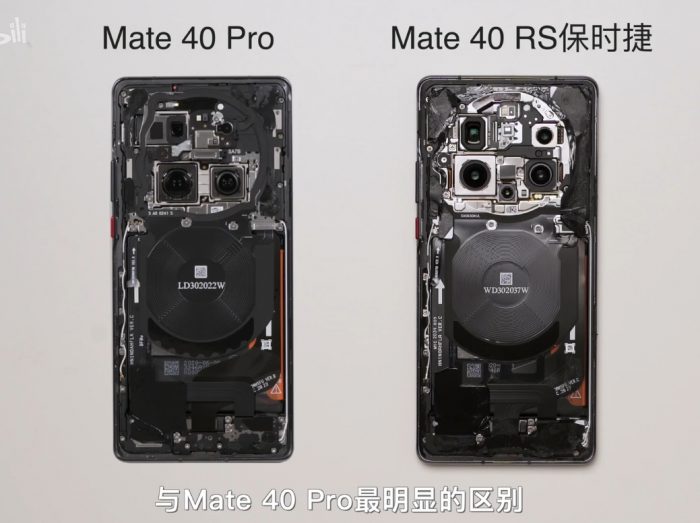 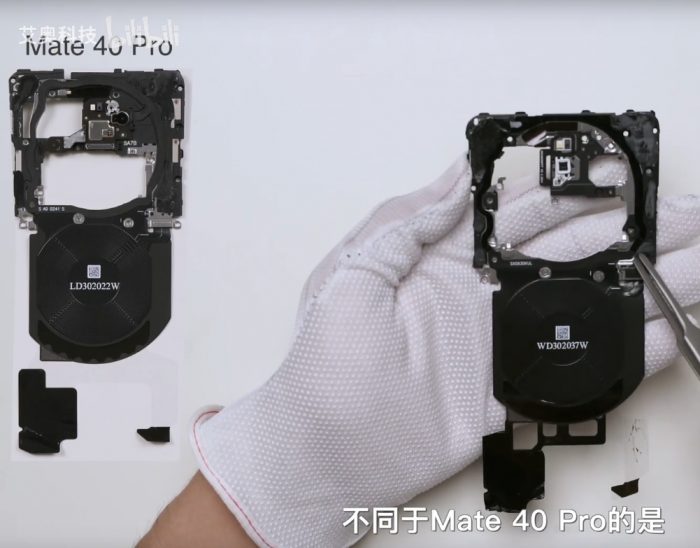 Then remove all fixing screws and disconnect all cables connected to the motherboard, remove the camera module and motherboard. 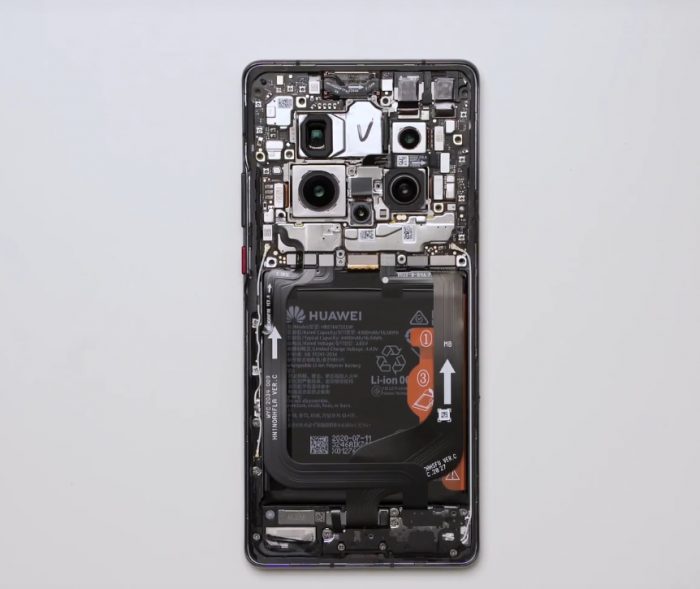 In order to install the camera, the middle of the motherboard of the Mate 40 RS is completely hollowed out, and then remove the metal shield covering the chip on the motherboard. 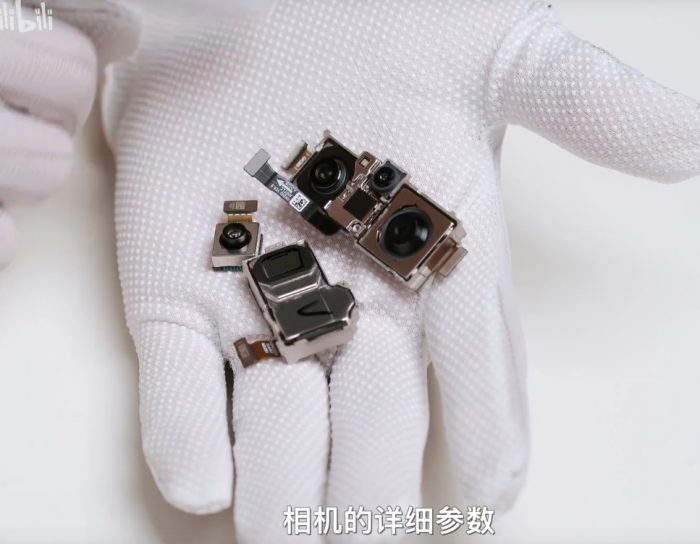 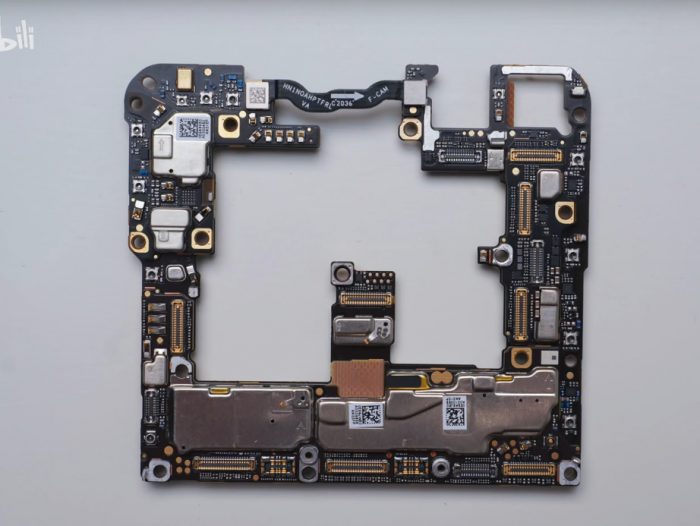 We found that the ROM chip has a HiSilicon logo, which should be a chip developed by Huawei. Previously tested by digital bloggers, Huawei Mate 40 Pro read and write performance can reach about twice the speed of UFS 3.1. 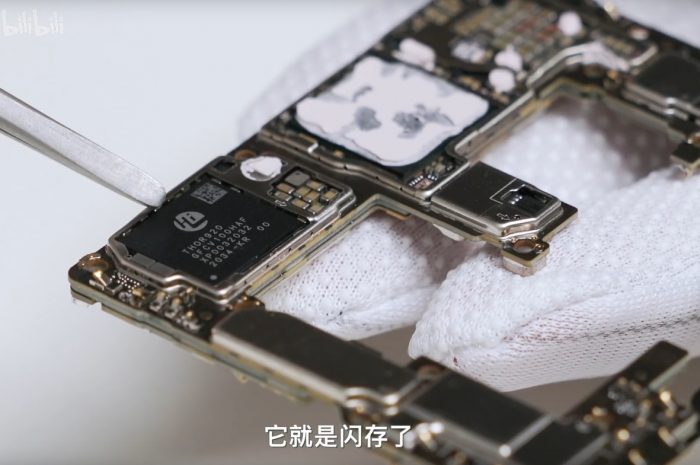 It is reported that Huawei Mate 40 Pro and the above models use HiSilicon's self-developed SFS 1.0 ROM chip. Compared with UFS 3.1, the random read and write speed is almost doubled. At present, the average sequential read speed of UFS 3.1 is about 1800MB/s, the sequential write speed is about 700MB/s, and the random write is about 200-300M/s.

SFS is a new type of flash memory developed by Huawei. However, since Huawei officials rarely mention this new flash memory technology and have never promoted it at the mobile phone conference, we currently know very little about this new technology. 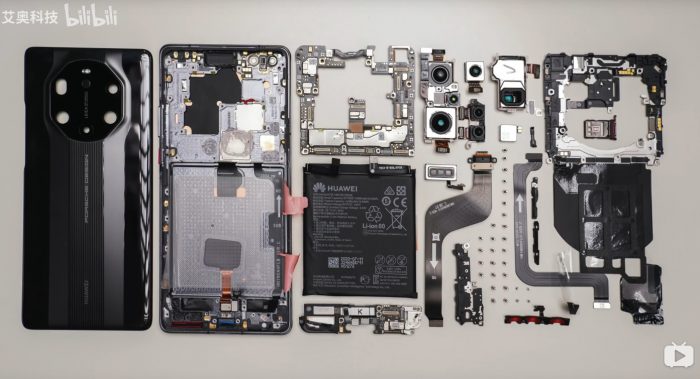