OPPO CEO Chen Mingyong delivered a New Year speech yesterday, stating that OPPO will break the high-end in 2021, and the new flagship OPPO Find X3 will be released in the first quarter. At present, the warm-up of the phone seems to have begun. 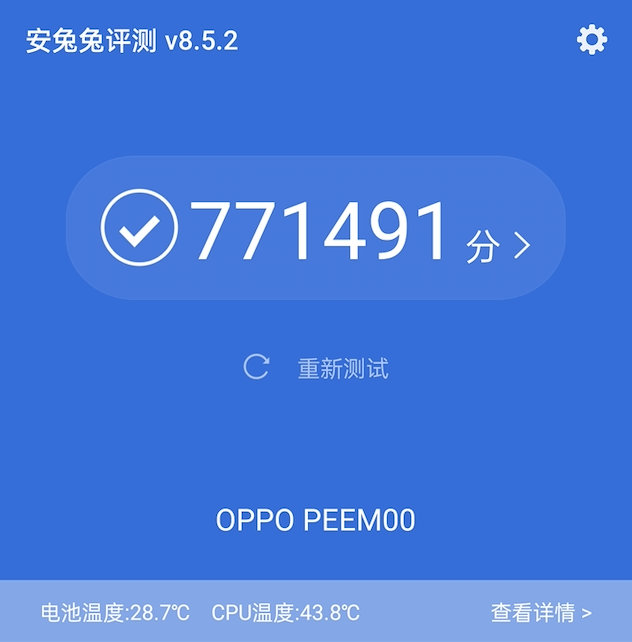 This is the highest room temperature running score currently known for the Snapdragon 888 engineering machine, which is about 5% higher than Qualcomm’s official standard 735439 scores, and the temperature is guaranteed to be normal.

According to current news, the OPPO Find X3 series includes three models, which will be officially released at the beginning of the first quarter, code-named Fussi, equipped with Qualcomm Snapdragon 888 chip.

The OPPO Find X3 series adopts a rear four-camera design, including two Sony’s new IMX766 sensors (50MP), one of which is a wide-angle lens, the other is an ultra-wide lens, and a 13MP telephoto lens supporting 2x optical zoom and a 3MP macro lens (can achieve 25x zoom).

The phone is about 8 mm thick, weighs 190 grams. It is expected to provide black and blue colors, and a white version will be added later. In addition, the PHONE will use a 4500mAh dual-cell battery that supports 65W SuperVOOC 2.0 fast charging and 30W VOOC Air wireless flash charging.