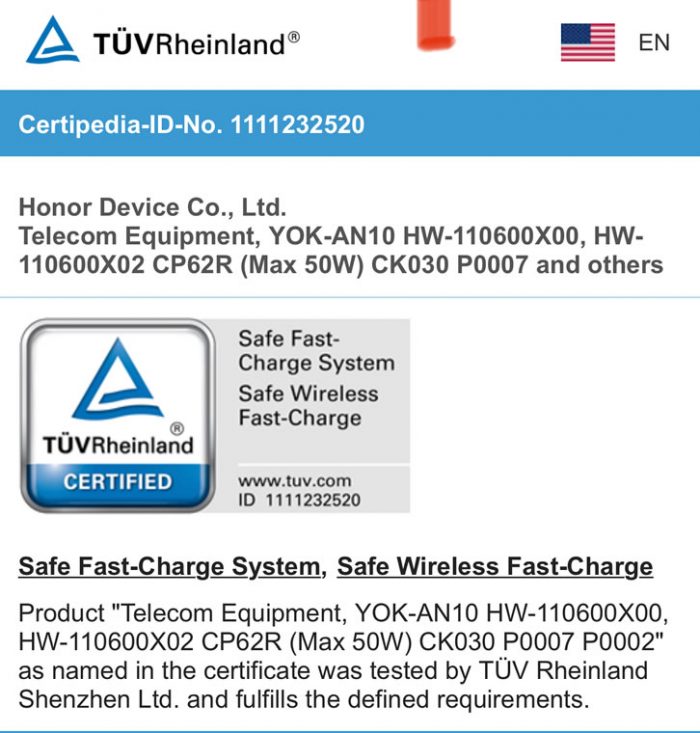 If previously surfaced reports are anything to go by, Honor V40 includes the Huawei HW-110600C00 charger with 66W charge pump, fast charging support. This is similar to the charger that comes standard with the Huawei Mate 40 series, as well as the Nova 8 series.

Previously reported that the first model of the new Honor phone, following its independence from Huawei, the Honor V40 had successfully passed the Ministry of Industry and Information Technology’s network access review, along with telecommunications filing and more.

The news was later confirmed by digital bloggers @Digital Chat Stastion. The series models are slated to be officially announced on Jan. 12. It is worth noting that the Honor V40 has already gone up for pre-order offline. Some recently surfaced publicity renderings show that the phone’s overall design is similar to previous leaks, featuring a metal frame and a massive curved screen.

Previous reports suggest that the V40 will house a 50MP primary camera, while the Pro variant will feature three rear cameras, and the Pro + version will come with four cameras at the back. It is also speculated that the phone will run Magic UI 4.0 + HMS based on Android 10.