The year 2022 is about to end, and we are getting closer to the time when Samsung will launch its Galaxy S23 series, which is expected to be released in the first two months of 2023. Recently, a significant kind of information got revealed through a reliable and authentic source.

This morning, the famous blogger @IceUniverse revealed the battery specifications of the entire Galaxy S23 series. The blogger is already renowned for his Samsung leaks and has now exposed the battery capacities and charging power of the whole Samsung Galaxy S23 lineup.

As per the blogger, the basic variant “Galaxy S23” standard model will feature a 3900mAh battery and will support 25W fast charging (might use the EP-TA800 charger). Next, we have the Galaxy S23+, which would feature a 4700mAh battery in addition to 45W charging.

At last, we have the high-end variant, i.e., Galaxy S23 Ultra, which is expected to feature a 5000mAh battery and support 45W quick charging.

As previously reported through sources, Samsung is unlikely to make any bigger changes in the body dimensions and display size of its upcoming Galaxy S23 lineup. But in terms of hardware, we might see an exclusive change. The reports claim that the Ultra variant will feature a 200MP primary camera lens.

It is also reported that the entire Galaxy S23 series will be powered by a Snapdragon 8 Gen2 chipset (overclocked version with 3.36GHz peak frequency) in most regions. In a few areas, Samsung might release a minimal number of Exynos 2230/2300 5G powered Galaxy S23 models.

We can expect that Samsung will release its Galaxy S23 series very soon. 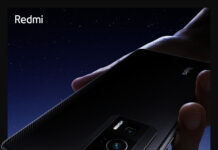