There were many rumors that OnePlus is going to launch a mid-range smartphone, which will call “OnePlus Z.” The rumors were suggesting that this phone will be the successor of OnePlus One, which may be true as both phones are from the mid-range category of OnePlus.

Recently, a new OnePlus phone named “OnePlus AC2003” is spotted on Geekbench. According to some reports, the phone seems to be the new “OnePlus Z.” 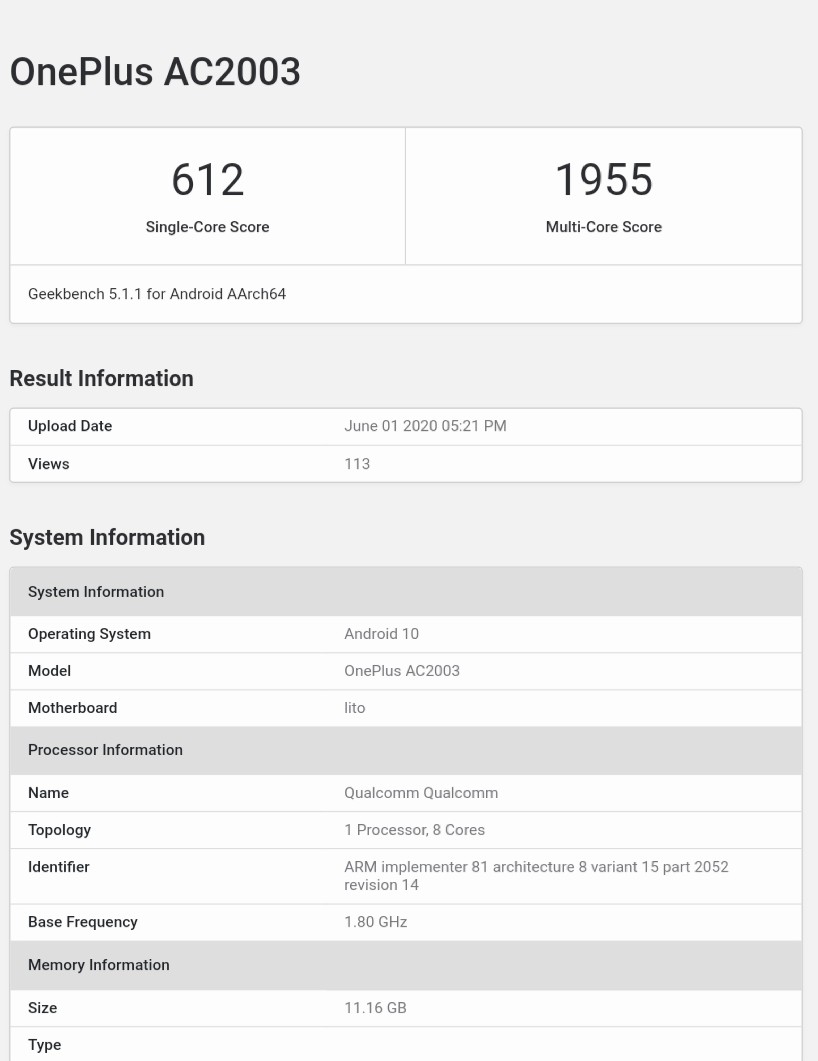 Also recently, OnePlus CEO “Liu Zuohu” had announced that they are going to expand their product portfolio to cover a broader range of prices, which leads us to believe the existence of this phone.

The launch of the phone is not announced yet. But with this, it is confirmed that the phone is in the testing phase. It is expecting that OnePlus will announce the “OnePlus Z” soon. If any more information comes regarding OnePlus Z, you will be notified on our website. So stay tuned!