Last month, Realme announced its Realme 10 series, which includes four models: the basic one, the 5G powered variant, the Pro version, and the high-end Pro+ version. However, the latest news states that the company is about to launch another model in its Realme 10 lineup. 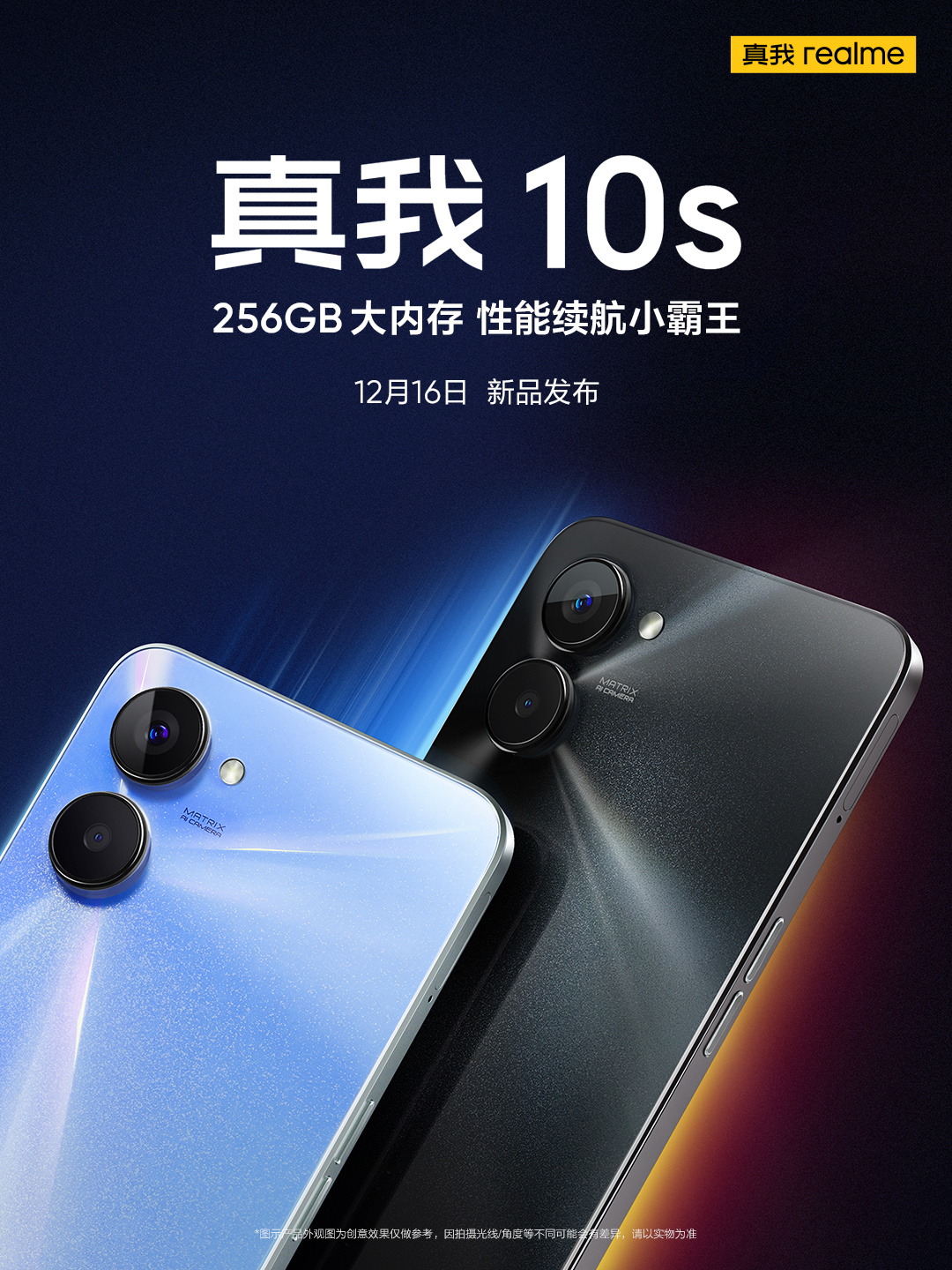 This morning, Realme (on Weibo) officially announced that a new model named “Realme 10s” will be launched officially on December 16 (tomorrow). The device also recently got listed on TENAA Certification, which has revealed the specifications and renders of the device, which is mentioned below:

As observed, the Realme 10s adopts a right-angle (flat) frame design and features two camera modules, providing a similar look to the standard Realme 10 model. The official announcement also mentioned that the Realme 10s would be available in a higher 256GB storage variant which matches the info in the TENAA listing.

Further, the chipset is probably the Dimensity 700 entry-level SoC from Mediatek, as the top frequency is the same as in the listing. It is based on a 7nm manufacturing process and features 2x Cortex-A76 Performance cores (@2.2GHz) and 6x Cortex-A55 Energy-Efficient Cores (@2.0GHz).

All the major factors, like pricing and chipset, are yet to be confirmed. However, all these queries will be solved on launch day, which will happen tomorrow.