Up to now, most of the Realme product lines have been unveiled. The most mysterious is the brand new flagship series. Up to now, Realme has not announced the official name, which is more exciting. With the coming of October, Realme has also begun to warm up the new flagship products. Although the clues are only scattered, it can still be seen that this product has very strong competitiveness.

On September 23, Xu Qi, the vice president of Realme, exposed some news about the new product. He posted on Weibo saying that “I went to the R&D center today and took some good things by the way.” He also posted a photo of a new unknown mobile phone. From the picture, the new phone adopts a full-screen design. There are no openings in the upper left corner, upper right corner, and the middle of the screen. 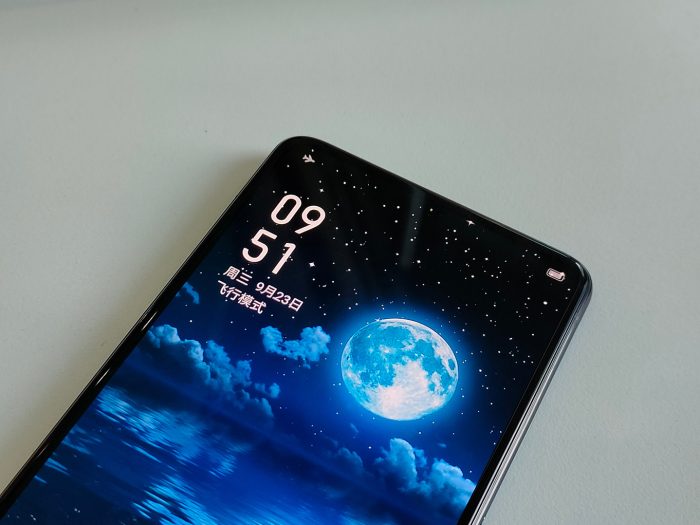 In the comments, Xu Qi denied that this phone uses a pop-up camera. From this point of view, the design of the under-screen lens is undoubted, so it must use an under-screen camera design.