Today, Realme announced that the next-generation flagship model, the Realme V15, will be officially released at 14:00 on January 7. This machine is Realme’s first Snapdragon 888 model and is expected to be available this month. 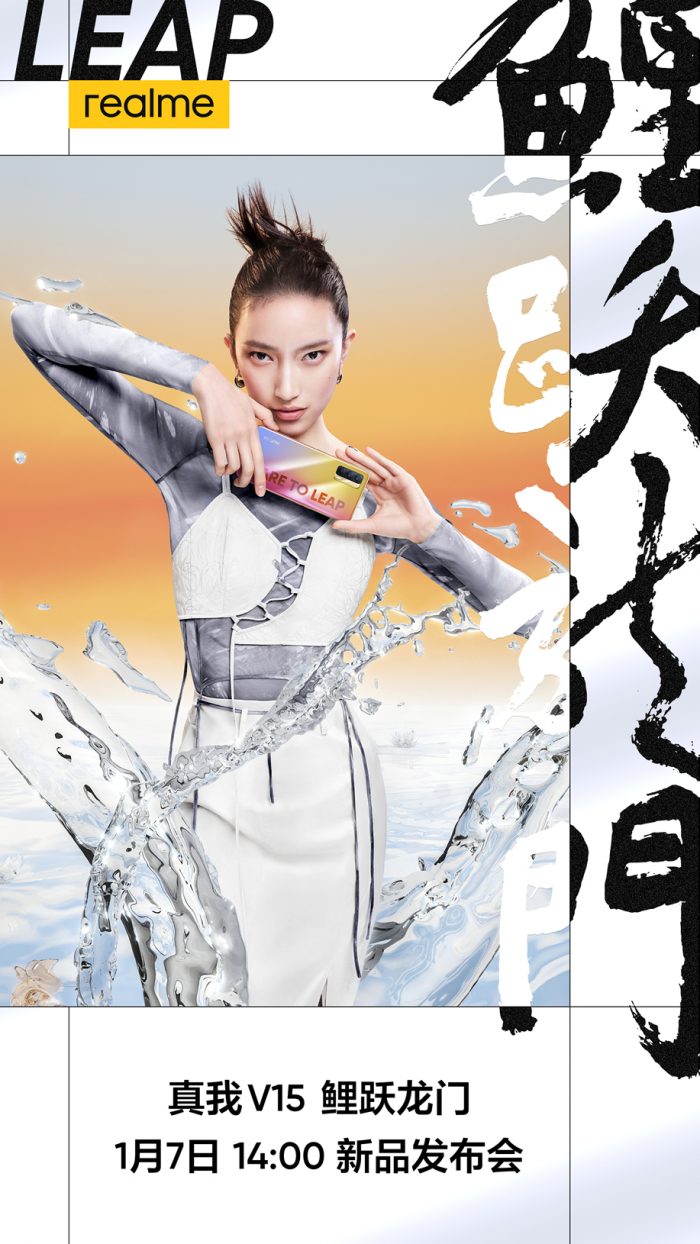 It is revealed that the Realme V15 will be equipped with Snapdragon 888, the rear main camera is 64 million pixels, and the body weight is 176g. It is expected to use AMOLED display screens, positioning the mid-range.

Back on the phone, the Realme V15 is equipped with a three-camera module in the upper left corner of the back, and it also continues the previous large logo design. The slogan “DARE TO LEAP” is engraved on the right side of the fuselage, which is highly recognizable.

It is reported that Realme V15 will also feature the 125W flash charging for the first time. It only takes 5 minutes to charge a 4000mAh battery to 41%, and it can be fully charged in 20 minutes.

Today, Xu Qi, vice president of realme, also released a poster. According to the content of the poster, the koi is just the color of Realme V15. The design of this phone is inspired by the “Wenyu” in the famous Chinese painting “Luoshen Appraisal Painting”, which is the prototype of modern Koi. 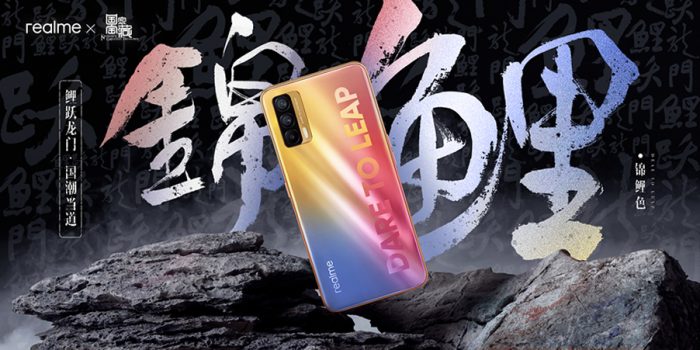