It is known that Redmi has officially released its Redmi K40 series and some other products like new RedmiBook. In addition, the company has also released the newer generation of its AirDots (AirDots 3). 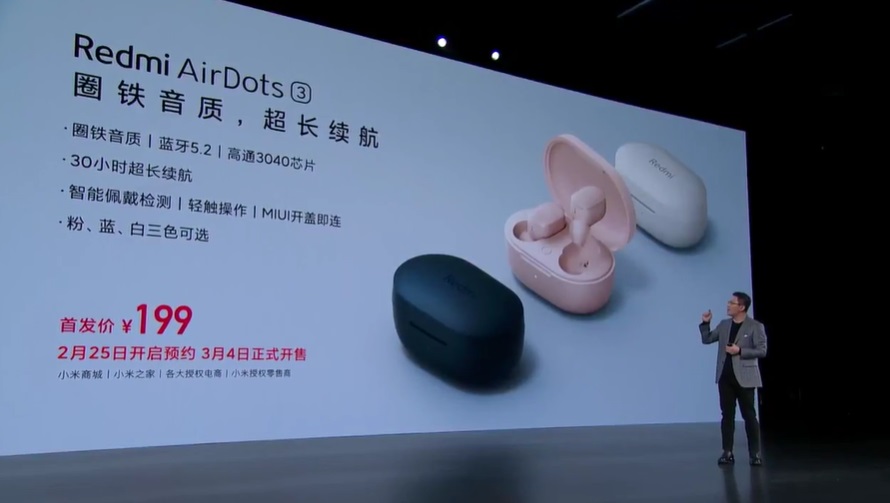 Perhaps because of the tight release time, the official only used a PPT to introduce Redmi AirDots 3 briefly and announced the headset’s specific parameters in the launch event.

It is also reported that the Redmi AirDots 3 would be available in the following three colors: Pink, Blue, and White. The all-new AirDots are priced at 199 yuan (Equivalent to $31). The customers can pre-order the product, and it will go on sale on 4th March.