Today, Redmi has officially announced they will launch a new watch model for the first time in their series. It seems that the “small square screen” indicates that the Redmi smartwatch may be designed with a square dial. 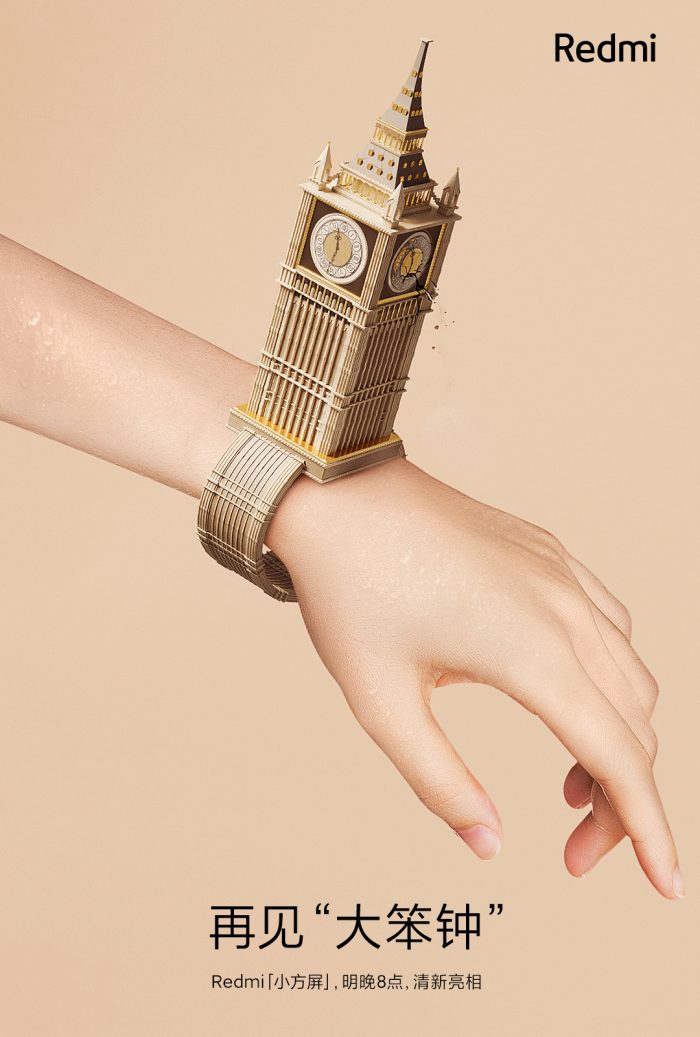 A few days ago, a Redmi watch was also spotted on FCC Certification. There are many chances that this may be the same watch, set to be launched tomorrow. The watch had a model number, “REDMIWT02”.

In our previous article, we already reported that this new REDMIWT02 watch has a display size, around 1.41 inches. The screen may be an AMOLED Display, with auto-brightness support too. The watch will be powered by a 230mAh battery, with the support of 5W charging.

It will also support 24-hours heart rate monitoring. The features like multiple fitness modes and other sports modes, are also supported. The watch is also water-resistant up to 50 meters. It would be compatible with Android 4.4 (KitKat) and iOS 10 or above.

The all-new Redmi watch is set to be launched on 26th November (Tomorrow). On the same day, Redmi would also announce its new Redmi Note 9 High-End series. The Redmi Note 9 series consists of three models. The top of the line model would be powered by Snapdragon 750G chipset.