The laptop market is quite complex and there are different genres for specific markets. There are laptops for business, students, gaming, teenagers (young folks), and even entertainment. The emphasis in these notebooks is often different because they focus on different outputs. Hewlett-Packard (HP) recently a new gaming laptop for its “young friends”. The HP Victus 16 is a gaming laptop with a comprehensive low-key yet stylish design. It comes with the latest mainstream hardware configuration, rich scalability, and built-in efficiency applications so that players can have “no boundaries” during gaming.

The HP Victus 16 is not simply an iterative continuation, but a new product with the best genes in the HP gaming family. The Victus 16 comes with the new VICTUS Logo, highlighting a major upgrade to the Victus series.

The HP Victus 16 launched a total of 6 new configurations. The different configurations only change the processor and GPU. However, this review is considering the Intel Core i5-11400H-RTX3050.

HP Victus 16 adopts a new mold ID design, distinguishing from the previous series with the HP logo. This notebook comes with a new V-shaped Logo on the top surface. Furthermore, the hinge and other areas of this device also come with the “Victus” engravement. In fact, there is no trace of “HP” on this notebook and if you are not told, you may think that this device is from a new brand.

Despite having a 16.1-inch screen, thanks to its optimized design, the actual body is close to 15.6 inches. Of course, the only way to achieve this is to use an ultra-thin bezel design which gives the screen a higher screen-to-body ratio. The overall appearance of this device is not large and for a gaming device, it’s portable.

The design texture is smooth and the logo gives the device a tough but simple appearance. This is why this notebook is considered a gaming laptop for young players. The HP Victus 16 is available in black and white colour options but we reviewed the black version.

Like we said earlier, this notebook comes with a 16.1-inch display the size of a 15.6-inch laptop. It comes with an ultra-thin bezel design which is currently the mainstream design for notebooks today. This display design increases the notebook performance in terms of visuals, browsing, document display and gives an overall premium visual sense. This notebook has a three-sided ultrathin bezel design and also retains the webcam on the top border, making it easy to stream games, attend online meetings or other social gatherings. This display supports up to 2K resolution with a 144Hz refresh rate. We use SpyderXElite 5.6 to test this screen, it got 100% sRGB, 72% NTSC, 78% Adobe RGB, 79% P3, giving the screen a better display. Its maximum Delta E is 3.16, the minimum Delta E is 0.06, and the average Delta E is 0.56.

In addition, the HP Victus 16 supports DC flash-free dimming. This technology is a simple way of reducing the brightness of a display by reducing the current or voltage. This display even comes with the TUV Rheinland Blu-ray eye protection certification. The color output is calm and the long-term viewing of the screen does not cause any eye fatigue.

The notebook comes with a large keyboard and a digital key area as well as a numeric keypad. The overall feel of the keyboard is moderate (not too hard and not too soft). During typing, you can almost not hear any sound from the keyboard. This keyboard offers LED backlighting for accurate tapping in darker environments. The trackpad’s area is 19% larger than the previous generation, making it more comfortable to operate.

For connectivity, the HP Victus 16 comes with a couple of ports on both the left and right sides. It has a USB interface on the left and right. However, only one full-featured USB Type-C (DP1.4 supported) is available. Furthermore, there are 3× USB Type-A (one of which supports shutdown charging), 1× RJ45, 1× HDMI 2.1, an SD card slot, and a 3.5mm standard audio port.

Worthy of note is the fact that the HP Victus 16 pre-installs a dedicated gaming hub. Omen Gaming Hub. The HP Game Control Center differentiates and personalizes your laptop, making it easy to set up with OMEN Gaming Hub. According to HP, this Hub is designed to meet every player’s needs.

One of the benefits of the Omen Gaming Hub is the “Rewards Page”. On this interface, after gaming, you can participate in any challenge of your choice to earn bonus points which you can use to redeem your favorite games.

In the game control center, there are also system core, voltage reduction, network booster, and performance control functions. The system core can show the current core hardware occupancy rate of the notebook, at a glance.

The Omen Gaming Hub also ensures appropriate voltage reduction to improve performance. The voltage reduction actually reduces the CPU core voltage without reducing the CPU performance, thus reducing heat generation. Since the heat generation is kept on the low side, the overall performance of the notebook is better. When a user is playing some high-power or demanding games, there is usually pressure on the CPU due to long-time heavy-duty gaming. This will lead to high power consumption and pressure on the heat dissipation which will eventually reduce the overall performance. However, the Omen Gaming Hub reduces the voltage such that there is no intense pressure on the processor and the temperature is kept in check.

The voltage reduction feature has three modes –  off, smart, and custom. Smart is a mode that automatically adjusts the voltage reduction. This mode is actually designed for novice gamers who can not tell the difference between a demanding game from a low-power consuming game. Custom mode is suitable for more experienced players, you can manually adjust the core voltage offset, this is equivalent to DIY overclocking settings. In custom mode, there may be system instability in some cases. If you encounter this issue, simply reverse the adjustment or even do a system reboot. This will normalize the system.

It is worth mentioning that the HP Victus 16 Omen Gaming Hub also adds a performance control mode for the first time, with three modes: quiet, balanced, and berserk. These are three different performance options for players to choose from. Players can choose the appropriate performance program according to their own use. When we turned on the Berserk mode, the CPU+GPU power consumption of the notebook increases by up to 20W. This mode is suitable for games with high-performance requirements (demanding games). Also, in this mode, the temperature and fan noise will increase but this will ensure greater and more stable performance.

The HP Victus 16 is also HP’s first gaming notebook with a pre-set quiet mode. For non-gamers, this mode may be the best as there is no increase in temperature and there is little or no sound. However, occasionally, non-gamers may need to run some demanding programs or export/import large files, in this situation, we set the notebook to “balanced” and everything was just fine.

Before any test, we updated the system to the latest version and the environment temperature is about 28 degrees C. We also set the notebook in Berserk mode and full power consumption mode. The results here are for reference only 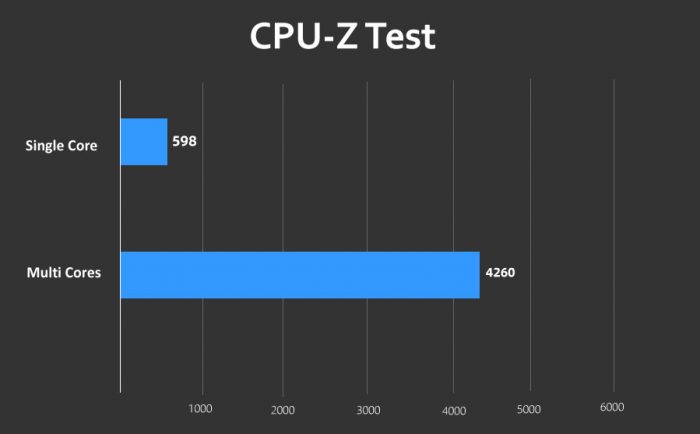 The CINEBENCH R15 is an early and more classic test tool for processor computing power. On this test, the HP Victus 16 has a single-core score of 215cb and a multicore score of 1542cb.

The CINEBENCH R23 result is basically the same as the R20 test. The result of the former is about 2.5x the latter. This database records a single-core score of 1473pts and a multi-core score of 8635pts. 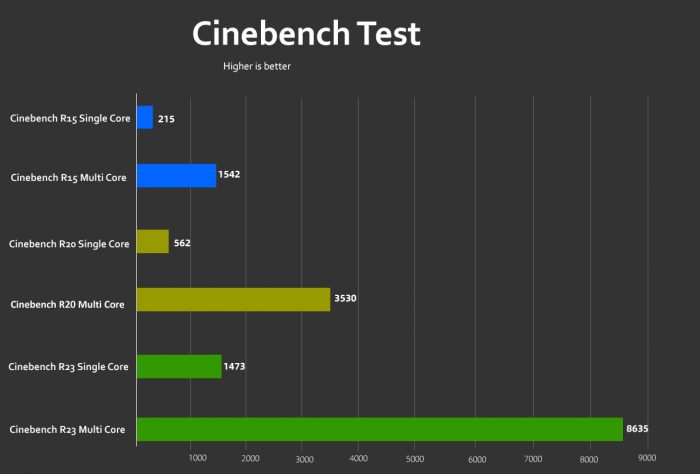 As a dessert-grade graphics card for the RTX30 series, the GeForce RTX 3050 Laptop GPU is likely to become a standard for lightweight, high-performing gaming notebooks. This chip uses a GA107 GPU core, built from Samsung’s 8nm process, with 2,048 CUDA cores, including 64 Tensors and 16 RT cores. It has frequencies from 1057 to 1740MHz and is also equipped with 128bit wide GDDR6 memory (4GB capacity). It also comes with support for PCIe 4.0, HDMI 2.1 output, ray tracing technology, DLSS ultrasampling technology, and NVIDIA Reflex low latency mode. All these features ensure that the graphics card meets the high demands of mainstream users that run high-demand games and applications. They also improve the resolution and frame rate with proprietary algorithms.

For the 3DMark GPU testing, we had scored from five testings including Time Spy, Time Spy Extreme, Fire Strike, and Fire Strike Extreme. These scores from these tests are 5103, 2355, 11472, and 5850 respectively. 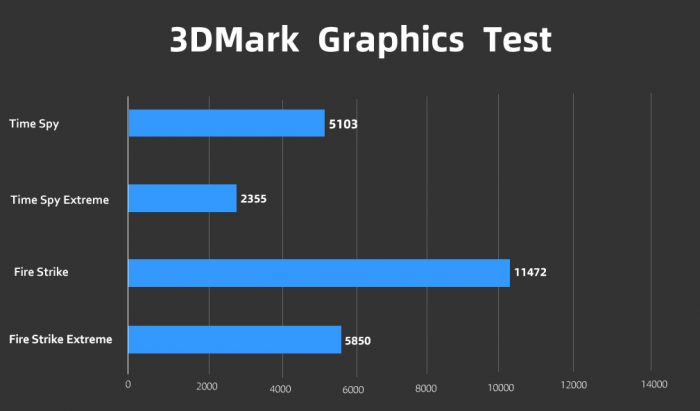 In terms of practical game performance, on Tomb Raider: Shadows (DLSS cannot be turned on for the time being). However, the number of rendered frames is 11220, and the final average frame rate is 72fps. Also, in the subway departure game test, the average number of frames at 1080 resolution also reached 35fps.

From all these, we can see that the current Core H45 processor and RTX30 series graphics card are definitely a perfect match. Of course, the Intel Core i5-11400H and RTX 3050 are enough to support a variety of applications and games.

How fast is the HP Victus 16? The CPU and GPU performance are not the only parameters that determine the start-up speed, ability to copy and import/export large files, and other operations. This HP Victus 16 comes with PCIe 4.0 game-class SSDs, and we’ve also evaluated it. Relative to the previous generation PCIe Gen3, the continuous read and write speeds have increased significantly.

Using the CrystalDiskMark test, the sequential read speed reached 6755.32MB/s, and the write speed was 5126.36MB/s, which is a proper flagship level. If you just don’t think 512GB of capacity is enough, this laptop also has an NVMe M.2 slot, and a dual SSD will be enough.

HP upgrades the heat dissipation vents of the Victus 16. It is powered by HP’s most advanced cooling technology, a two-in, three-out, five-way design. It also comes with up to four built-in heat pipes, and quieter liquid bearings. Compared with the previous generation, the heat pipe length increased by 18%, heat pipe area increased by 12%, fan area increased by 7%, and the fan blades increased from 47 pieces to 83 pieces. Furthermore, the noise level is the same as the previous generation but the Victus 16 has a 14% increase in total wind volume, denser fan blades, and has a greater amount of inlet air, resulting in a better cooling effect.

The ambient temperature is about 27 degrees. Using the AIDA64 test, after running for 32 minutes, the CPU temperature is at 91 degrees, and the power is basically up to 45W.

For a dual test using AIDA64 and FurMark, after continuous operation for 26 minutes, the GPU temperature of about 80 degrees, and the power consumption is 75.6W.

For most young players, they do not need a full gaming notebook. While they want a notebook that can handle gaming, they also want it to be light, portable, and can handle audio-visual entertainment, as well as creativity, and so on. The new HP Victus 16 is designed to meet users’ various user needs. Whether it is in-game entertainment or online learning, this notebook can meet users’ needs with an outstanding performance. 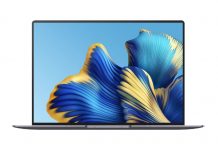 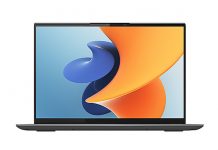 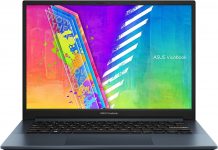 Huawei officially announced Nova 8 and Nova 8 Pro will be...