The official slogan is “Meizu’s 18th anniversary, unique love, self-made” Meizu Technology was founded on March 14, 2003, and it has been 18 years. 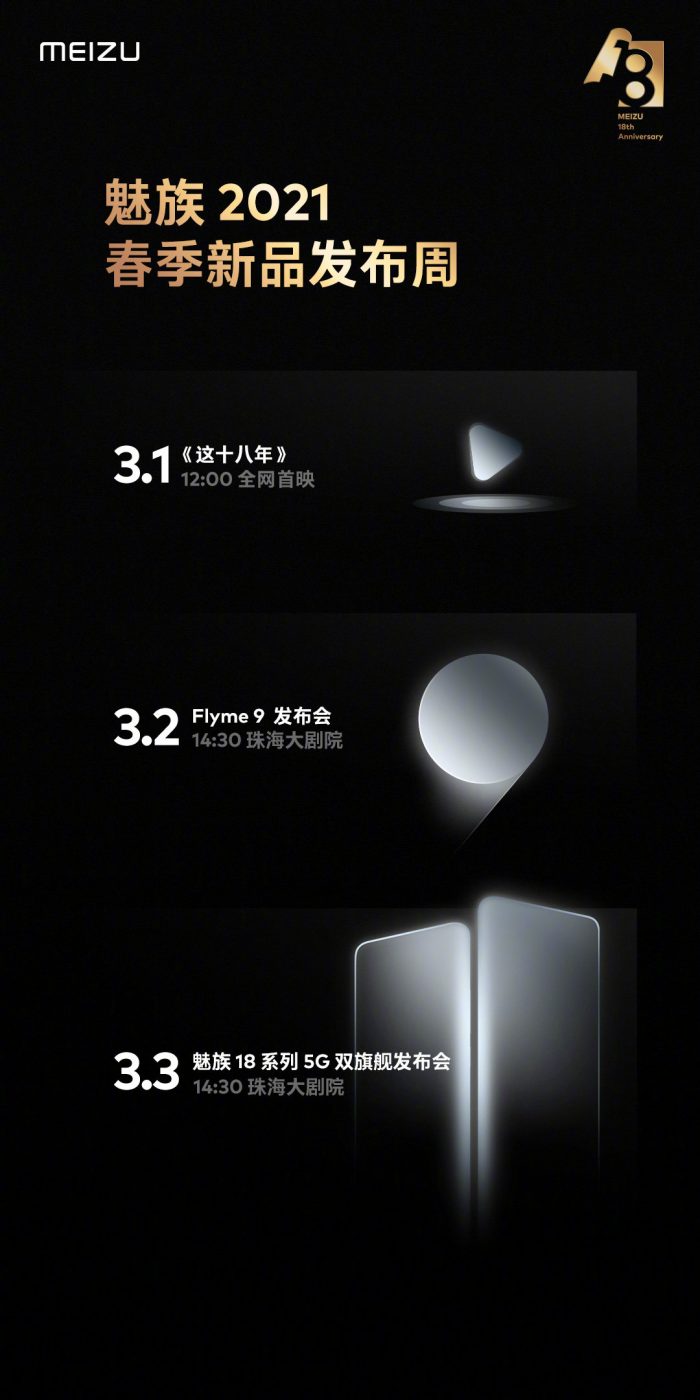 Yesterday, a digital blogger released a screenshot of a suspected Meizu 18 specifications, showing that the basic version of Meizu 18 will be equipped with Qualcomm Snapdragon 870 mobile platform, which is an upgraded version of Qualcomm Snapdragon 865; the top of the screenshot is empty in the middle, but symmetrical, indicating Meizu 18 should be designed with a hole in the center.

In addition, Meizu 18 may use a 64+12+5MP rear camera system; the system is based on the Flyme 8.3 system based on Android 11, which is expected to be a new Flyme system that has not yet been announced.

Meizu Flyme officially announced at the end of last year that the Meizu 17 series began testing the new version of Flyme based on the Android 11 system, upgraded permissions management and other functions, and opened the internal beta recruitment on December 23. The official version will be pushed in the spring of 2021.