Previously, OPPO has launched the OPPO A72 mobile phone in Europe. On July 14, the digital blogger @digital chat station published an article that exposed the specifications and renderings of the OPPO A72 5G. He also said that the price of this phone may be a surprise, the price may be less than $200. 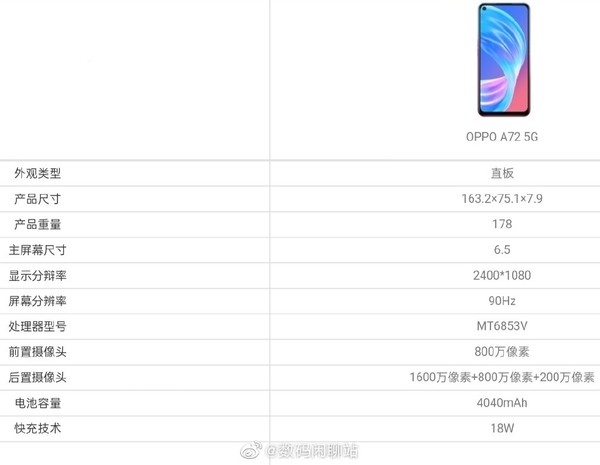 According to the specs sheet, the OPPO A72 is powered by a MediaTek MT6853V processor. This chip has not been released yet, and we have no public information, but according to the blogger’s information. It may be the upcoming Dimensity 720. The OPPO A72 that was previously listed in Europe is powered by the Qualcomm Snapdragon 665 processor. The phone is equipped with a 6.5-inch display with a resolution of 2400×1080 and supports a 90Hz refresh rate; the front is an 8-megapixel lens with a rear three-camera design, which is a 16-megapixel main camera, an 8-megapixel lens, and a 2-megapixel lens. It has a built-in 4050mAh capacity battery and supports 18W fast charging. 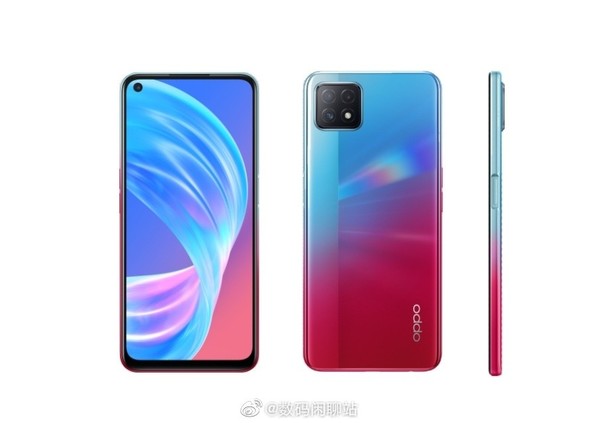 In terms of appearance, the OPPO A72 mobile phone uses a gradient treatment on the back cover. There is a power button on the right-side of the mobile phone, and a fingerprint recognition module is provided at this position. When the user clicks the power button, the mobile phone can be unlocked. At present, the date and price of this phone are unknown, but we guess its positioning is in the mid-range.