Realme will release its new phone realme GT Neo2 on September 22. As the release date gets closer, realme has begun to release information about this phone frequently.

Today, Xu Qi, vice president of realme, released the real picture of GT Neo2, as well as a new color scheme: Black Mint, and revealed the back design of the phone. 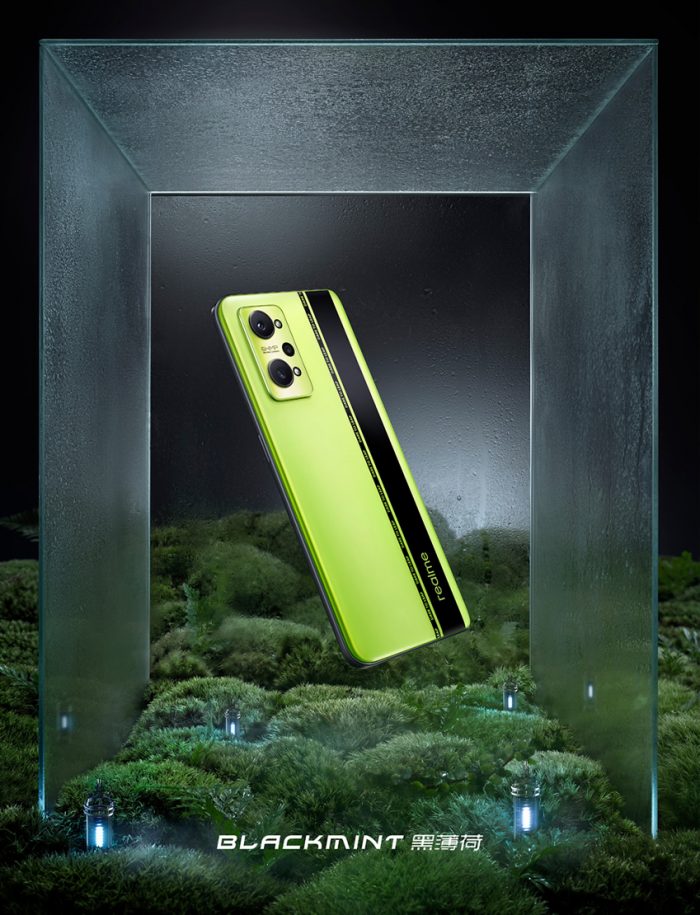 As shown in the picture, the back of the new phone has a rectangular camera layout, and the design is relatively common, but the color matching uses fluorescent green, and the black line runs through the entire back cover, which is quite recognizable.

At the same time, its body is made of AG glass, which has been polished by a satin finish, which is said to have a good feel.

From the official warm-up point of view, the phone is positioned towards gaming phones. According to the TENAA certification, the phone is equipped with a Qualcomm Snapdragon 870 chip, a 6.62-inch FHD+ AMOLED screen with 120Hz high refresh rate, and a 5000mAh battery. This mobile phone has obtained China’s 3C certification, and the certification shows that it will come with a 65W charger. It will have a 16MP front lens, and its rear camera module consists of a 64MP main camera, 8MP ultra wide camera and 2MP macro camera.

In addition, the phone is expected to provide 8GB RAM and 128GB storage space, running the latest version of the Realme UI 2.0 system based on Android 11.