So finally, after a lot of waits. Redmi has announced its brand new “Redmi X10”. Redmi has officially added its new “X Series” in its smartphone category. The X Series represents cutting-edge technology.

The new Redmi X10 series has two smartphones: first is the standard version, and the other is the pro version. 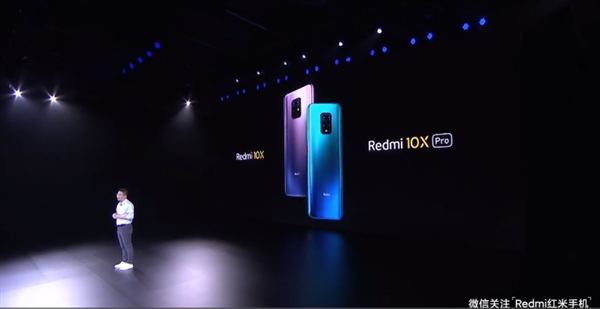 Redmi 10X series has a 6.57 inches AMOLED Display with a resolution of 2400x1080p (Full-HD+). The display also supports HDR 10+ and DC Dimming. It has 800nits of brightness and aspect ratio of 20:9. The display also got a u-shaped notch with an in-display fingerprint sensor.

The new Redmi 10X series is powered by the “MediaTek Dimensity 820 5G” chipset. The chipset is based on 7nm production. It is an octa-core processor with four Cortex-A76 cores and four Cortex-A56 cores. The chipset also has an integrated GPU “Mali-G77”. According to Redmi, this processor is probably the strongest mid-to-high-end range processor in 2020.

The processor has a score of 415,672 on AnTuTu. The phone has beaten the Kirin 985 in performance.  The phone also uses liquid cooling, UFS 2.1, and 180Hz touch sensing for providing the best gaming experience. Moreover, it also supports Dual-5G standby and smart card cutting.

Redmi 10X supports 5G Ultra Save power-saving technology and the Smart Switch intelligent function adjustment developed by Xiaomi. The new Redmi 10X series has a battery of 4520 mAh on which you can do continuously gaming for 10.8 hours. The Pro version supports 33W fast charging, charging 58% battery in 30 minutes. The standard version supports only a 22.5W quick charge.

Redmi 10X series has a quad-camera setup. The primary camera is a super clear 48MP sensor, while the other are 8MP ultra-wide camera, 5MP macro lens, and a 30X zoom lens (not included in standard version). Redmi 10X brings a variety of special AI effects in-camera like streamer camera, without setting parameters, shoots light and shadow flowing water, and can also draw light in the picture.

The phone will come with Android 10 and MIUI 12 out of the box. The phone also supports multi-function NFC. It also has a 3.5mm headphone jack with a USB Type-C port for fast charging. The phone has thick nano-coating and IP53 water and dust resistivity (splashproof).