According to @Redmi Phone official Weibo news, the global sales of the Redmi Note series has been exceeded 140 million units. Redmi Note 8 series becomes the second best-selling phone in H1 2020. 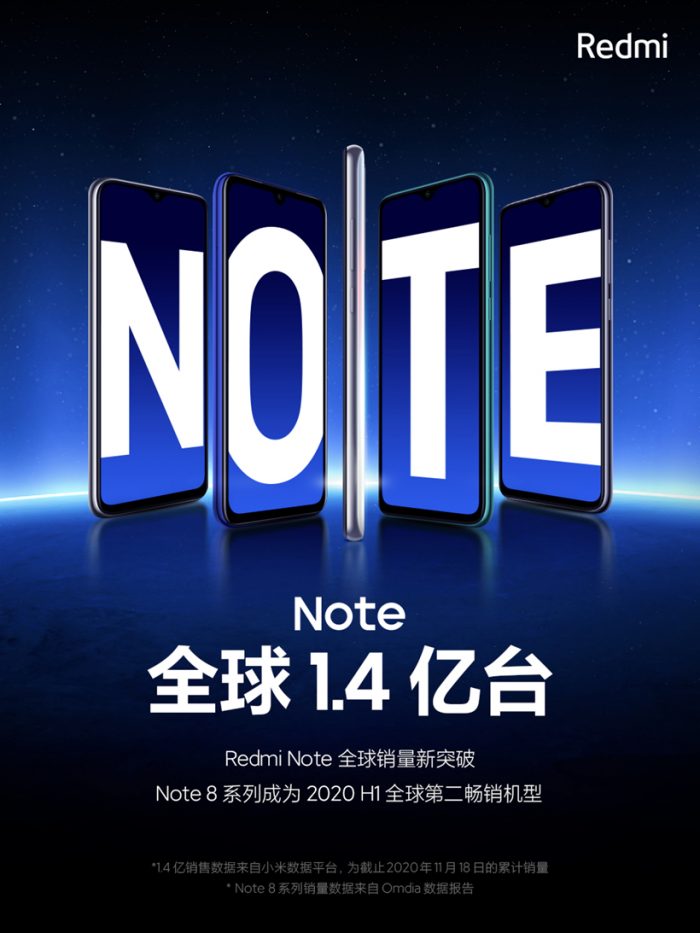 The Redmi Note series has been one of the most popular thousand-yuan mobile phones since its first generation. And the sales volume of each generation is very high.

According to previous news, the Redmi Note 9 series is expected to be released next week. The new Redmi Note 9 series models include Note 9 and Note 9 Pro versions. Both of which will adopt an LCD full-screen design with punch hole, with a maximum screen refresh rate of 120Hz and a touch sampling rate of 240Hz.